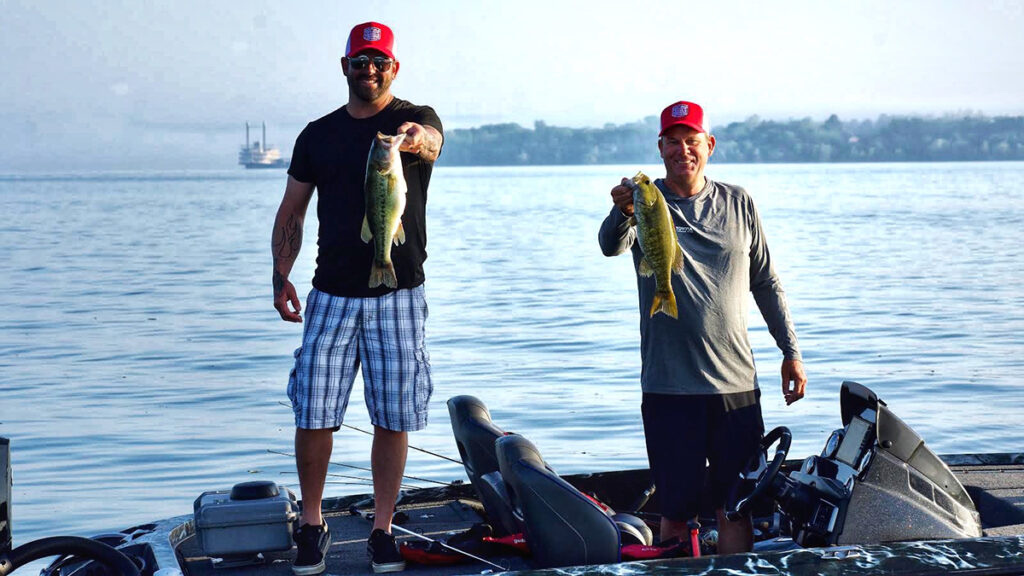 There is an abundance of lures you can employ to catch bass when the shad spawn is at its peak but as the excitement slows down, your bait selection should become more subtle, too. Aggressive topwaters and fast-moving spinnerbaits may fool bass the first hour, but often aren’t the answer to continued success. I relearned this lesson last weekend on a fishing trip to a new lake with a buddy.

I caught several fish first thing in the morning on a Rebel Pop-R while my friend enjoyed similar success with a Booyah Pad Crasher. As the morning continued, I stopped getting bites and my buddy caught one near 7 pounds. Being the jealous fishing partner that I am, I picked up a frog of my own and started casting. My frog was black, his had a white belly.

I had the occasional blow up but most of them didn’t get the bait while he connected on several more bass that engulfed his lure. It became obvious those fish were keyed in on the white color and we realized we were experiencing the tail-end of the shad spawn.

I went back two days later with a white SPRO Poppin’ Frog 60 tied on and absolutely wrecked them. Once again, I could get bit with a smorgasbord of baits first thing in the morning, but as the sun got high it was all about the white frog or a soft jerkbait. This convinced me it had to be due to the quiet, subtle action of these offerings. KVD weighed in that subtlety is important, but so is the strike zone.

“Just as important as it being subtle is choosing a bait you can keep in the strike zone longer,” VanDam explained. “It’s like you can aggravate those fish into biting by hovering something in the strike zone. This is when I’ll trade the Strike King Burner Spinnerbait, KVD 1.5 Squarebill or Tour Grade Buzzbait for a shad-colored Caffeine Shad or KVD Popping Perch. Something that I can work action into without having to move it quickly. I’ve had a lot of success jerkbaiting in this scenario, too, with a 200 or 300 series KVD Jerkbait.”