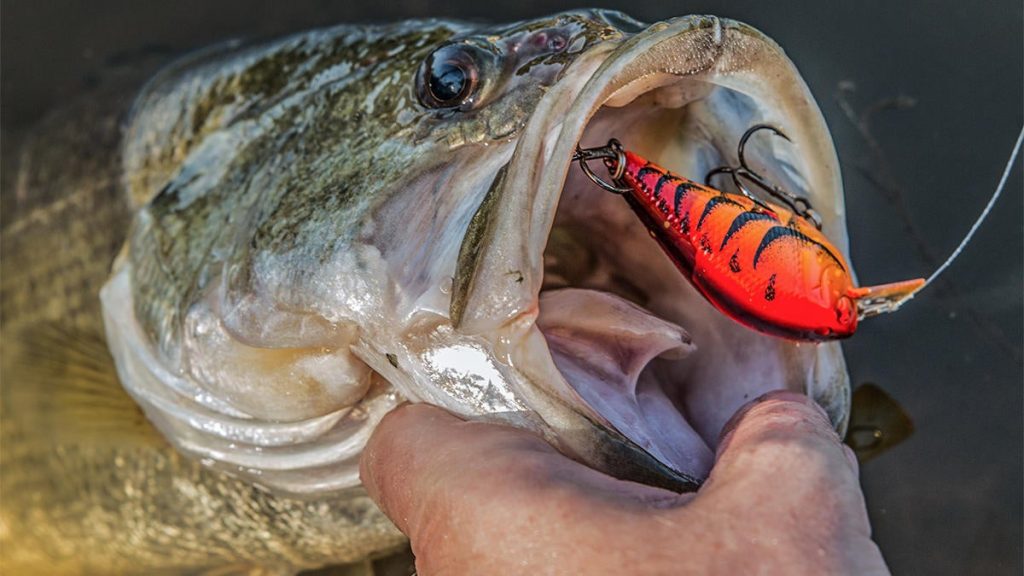 I would say that 90 percent of the biggest bass I’ve ever caught have come after repeated casts to the exact same piece of cover. I caught a 13-pounder casting to the same limb more than 15 times just a few years ago. There’s no telling how many 6- to 8-pounders I’ve caught doing the same thing.

Now, I’ll be the first to admit that my stubbornness can really bite me in the butt; it does quite often, actually. But the prespawn period and the heat of the summer are the two times I can actually convince myself that my bullheadedness is a good thing.

We just talked about how the bass love to get into thick cover and deep shade this time of year. We also discussed how lethargic they can be right now. In my mind, that means it’s up to us to tick them off. The odds are they probably aren’t in a major feeding period, so I want to make them bite my squarebill out of anger. And it’s totally possible to make that happen.

Anytime you come across isolated cover such as a stump by itself or a lone dock in the back of a pocket, cast to it at least 10 times with a squarebill. I know that sounds crazy and it’s going to feel crazy until you catch a giant doing it. That big, ugly bass is just sitting there next to that stump watching your crankbait whiz past her face. She’ll ignore it the first few times. Then she’s going to start getting irritated; big bass like to own particular pieces of cover. That’s her stump and she wants your squarebill out of her space. When you finally kill that squarebill right next to the stump or it deflects just right, the cat comes out to chase the laser pointer and that big, ugly bass destroys your plug. You just ticked her off into eating. That’s exactly why repeated casts are so important right now.