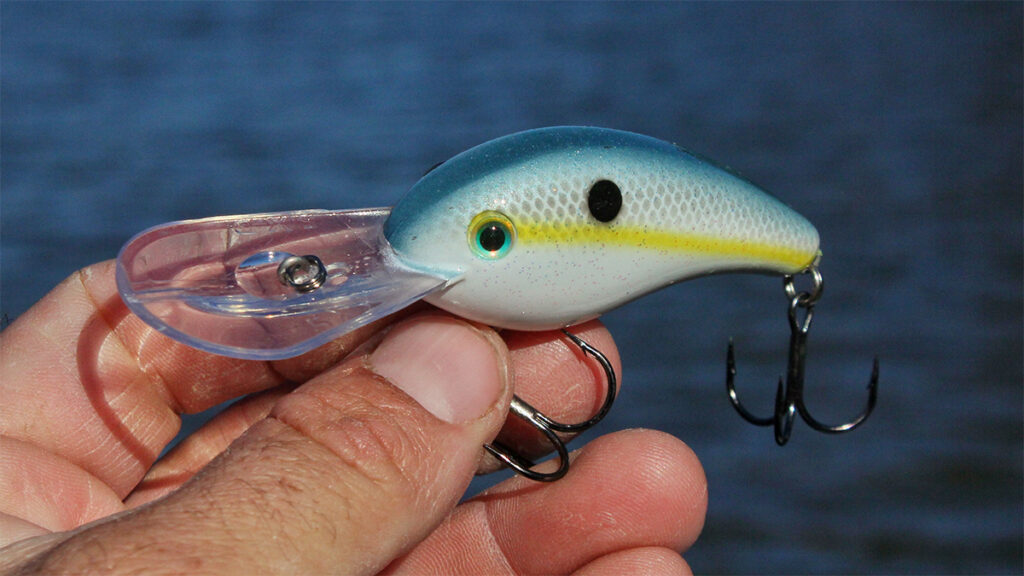 It’s impossible to know this for a fact, but if I had to guess which deep-diving crankbait was responsible for the most fish catches of all time, I’d guess it would come down to either the Strike King 5XD or its slightly bigger brother, the Strike King 6XD. Both of these baits were made popular by the relentless dominance of Kevin VanDam around the time they came out. I wouldn’t be surprised if KVD has caught half the fish that have ever swam by now and a large portion of those came on a 5 or 6XD.

But I chose the 5XD instead of the 6XD for this piece because I believe it to be a little more versatile, especially for newcomers to cranking. Many of you will be fishing from the bank, which limits the necessity of both of these baits. But even if you can push off into a pond with a boat or get out on the big water, a 5XD is still way more likely to suit the style fishery you’ll find yourself on. Even for my personal fishing, I use a 5XD much more than a 6XD, relegating it to the occasional ledge fishing trip.

The 5XD, again, simply gets bit. That’s the main feature that makes it great for any angler including new crankers. But this bait is also really consistent. It runs true straight out of the pack, most of the time. I do occasionally have to tune one of these crankbaits to get it to run true, or dive straight. But most of the time, it’s a tie it on and sling it out deal. The XD refers to the bill design which causes this bait (and others in the XD lineup) to dive extra deep for its body size. This is one of the factors that helps this bait get more bites in my opinion.