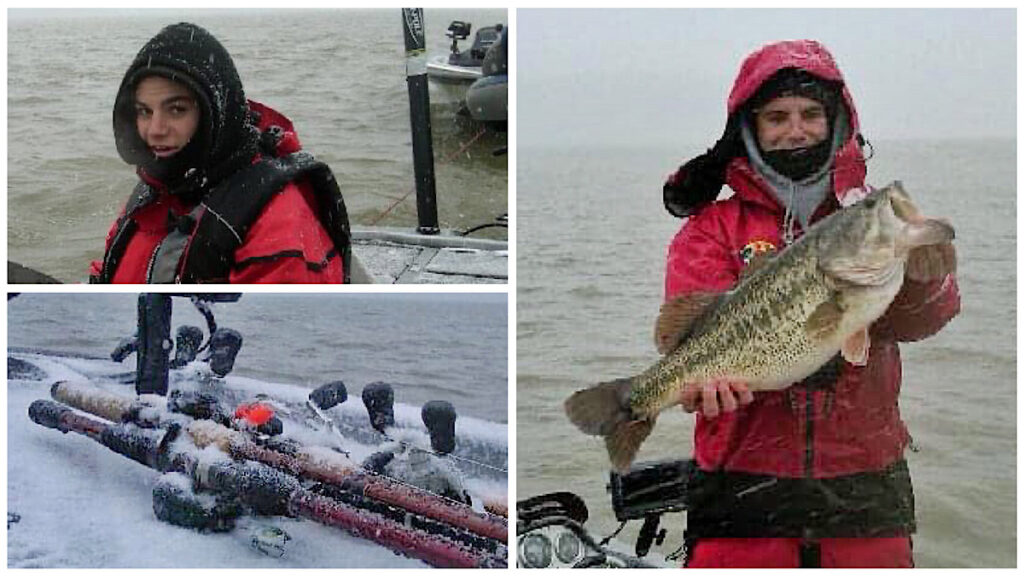 It was a little over a decade ago. I was on Lake Guntersville fishing a college event for Auburn University with my then-tournament partner Jordan Lee. It was brutally cold and snowed literally from the time we backed the boat in until we took the boat out. But I was amped up because I was in the boat with Jordan, who, despite having not yet won two Bassmaster Classics and everything else, was already a very decorated local angler on Lake Guntersville and had the clear makings of a true hammer. And when we saw the snow he told me, these are the days you have the best chance to catch a big one.

Snow, on Lake Guntersville in particular, is apparently the ultimate cheat code for unlocking the big bite. And that makes sense, since we all know cold fronts with intense weather also activate fish in the spring and summer as well. It’s those overcast days with a chance of precipitation when the bass bite the best. So the same holds true with frozen precipitation. And I got to see that play out for myself on Lake Guntersville that day. Sometime midday, Jordan got a call from his brother Matt. Matt had broken down upriver and needed a tow.

We set off in search of him but the snow was so thick we could barely see. Running off the graph is all well and good, but floating debris and other boats aren’t on the graph, so it took us quite a while longer than it should have to get there. Matt told us he had one pretty good one, a solid keeper and a keeper. When we got there, we obviously wanted to see the “pretty good one”.

He held up one close to 4 pounds and I thought to myself, “Yeah, that’s a pretty good one for somewhere else, but not for here really.”

He responded, “No, that’s the solid keeper.”

He proceeded to pull out a 10-pound behemoth. The biggest bass I had seen in person at that point in my life. I thought to myself, maybe there’s something to this snow deal.