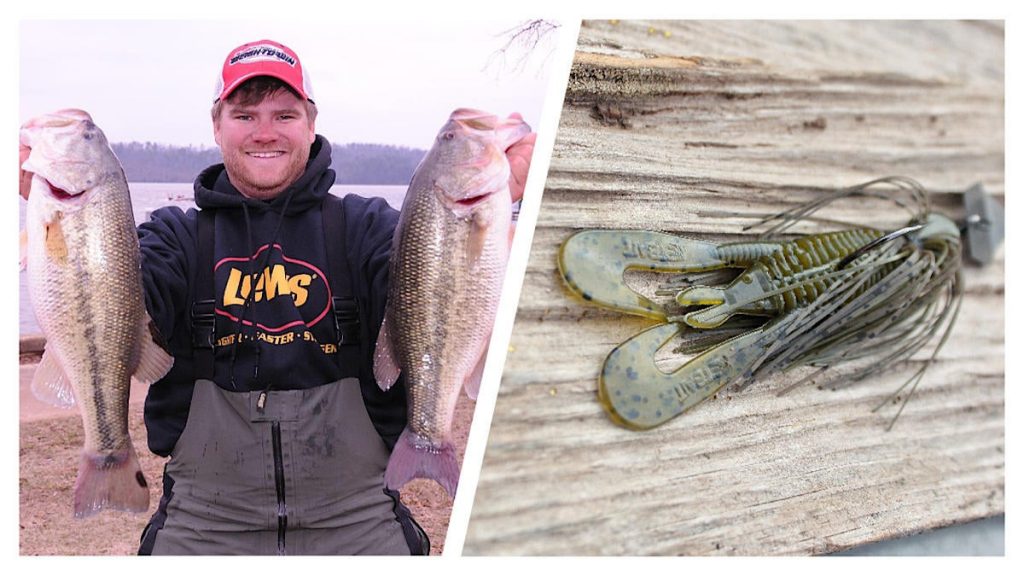 The combo had landed a 6-pounder in practice as well. It helped me find a super-shallow area where fish were cruising around scattered hydrilla. I caught that 6 on the final day of practice and then had a 4-pounder and a 3-pounder follow the bait to the boat a couple casts later and knew then I had stumbled onto something. I had also stumbled onto something with the Mini Kickin’ B. This was the first time I noticed how much of a difference the right style trailer makes when trying to fish a certain depth of water.

When fishing in deeper water, even just 5 to 6 feet, I had often used a swimbait-style trailer on my ChatterBait. The swimbait added a little action and elongated the profile. And the bait came through the vegetation well. This is something other people were doing obviously but something I had dialed in personally down in Florida over the previous couple of years. However, the swimbait wasn’t working on Guntersville. The bait was staying too deep and bogging down in the near topped-out hydrilla.

That’s when I changed to the Mini Kickin’ B, which I had used on a ChatterBait before, but this time I noticed how much higher I could get the bait to ride in the water column without speeding up my retrieve. Wider craw-style baits with claws help create a lot of lift and resistance to get the bait up and slow it down. This switch was integral that day and has helped me many times since. Now let’s dive a little more into the details of the Mini Kickin’ B.