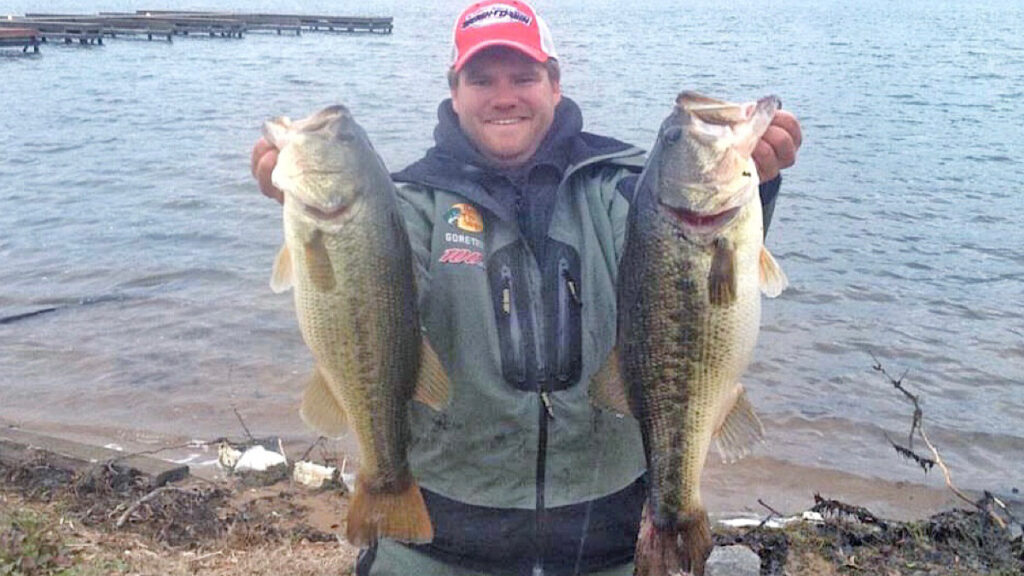 Flash-forward a few years and I’m fishing an EverStart (now Toyota Series) on Lake Guntersville again. After a strong day one, 26 pounds had me towards the bottom of the top 10, which still blows my mind. Day two was a good bit tougher with only 17 pounds and I fell to 15th, missing the final day cut by five spots.

I was pretty disappointed to miss the cut because I knew I was on some good fish based on what transpired on day 1, as well as the couple of good fish I had on day 2 and the two 6-pounders my co-angler caught the second day. So I was already itching to get back out there and then I looked at the forecast.

It was calling for snow.

I woke up early the next morning and sat around awhile. I never like to go back out on a fishery while the tournament is still going on. I figure if I should be out there, then I would have made the cut and I don’t want to hurt anyone’s chances of winning who might be in the top 10. But the more I sat there and thought about it that day, the more it ate me up inside. I hadn’t seen anyone in the top 10 fishing the same stuff I had been fishing in the tournament, so around lunch I had had all I could take and went back out there.

What happened was one of the best days of fishing I have ever had.

Now, I’m not trying to say I’d have won or kicking rocks at what might have been, because by the time I got out there and the fish really started biting, the tournament day was coming to an end and who knows if those same fish would have bit in the morning the way they were in the evening; they likely would not have because the front pushed through that evening. But as I fished my way towards dark and the snow began to fall, I caught a dozen or so around 4 pounds, a few pushing 5, a 6 and one sure-enough good one over 8 pounds; I would have had around 28 pounds with my best 5. Which doesn’t sound that much better than my day-one weight of 26 pounds. But considering I only had 5 bites in 8 hours on day one, that last 5 hours of my trip to Guntersville far surpassed day one in numbers of quality fish. I believe the snow had a lot to do with it.