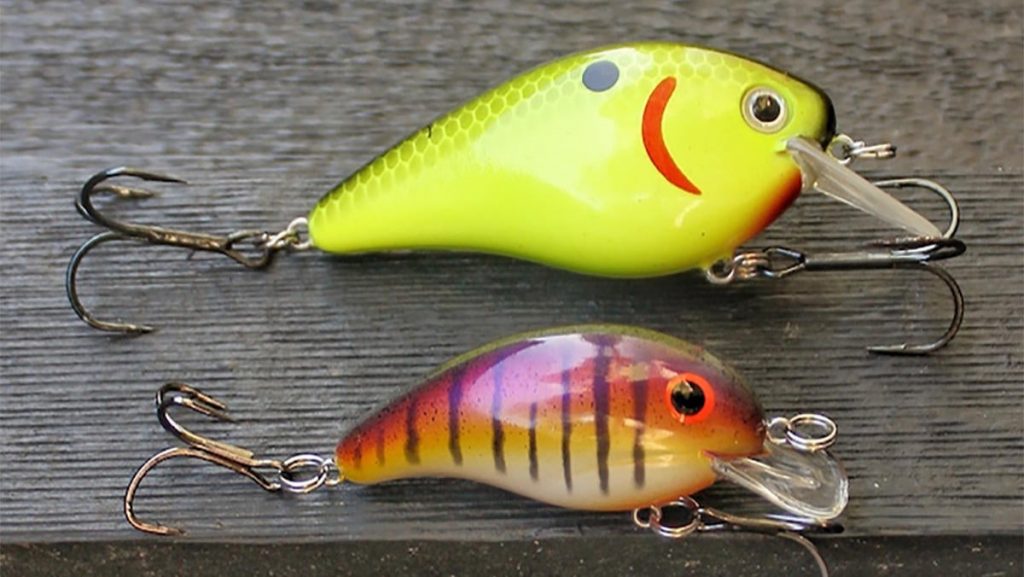 I still like to fish a squarebill shallow in the summer months, but you won’t see me tossing around a 2.5 or anything big like that. I primarily focus on something on the smaller end of the spectrum. The Bandit 100, for instance, is a nice-sized subtle squarebill that comes through wood really well and is a bait that my dad has fished for decades now and we’ve both developed a lot of confidence in.

The Bandit 100 comes in at 2 inches where most squarebills in that size and depth class are 2 1/4 inches or even 2 and 1/2 inches. A 1/4-inch and 1/2-inch don’t sound like much of a difference, but with a bait this size you’re talking about reducing its profile by up to 20 percent. And believe me, that’s a noticeable difference. I have tinkered around with a lot of squarebills over the last 15 to 20 years in the boat with my dad while he has kept the Bandit 100 glued to his hand. I have found a few baits that I can keep up with him on like the new Bill Lewis SB-57, but by and large the Bandit 100 outperforms most others, especially in the hot summer months.

Part of it is the size and part of it is the action. The Bandit 100 doesn’t have as exaggerated of an action as a lot of crankbaits. With a slightly rounded lip and rounded body, there’s less of a sharp corner to its lip and you don’t have the flat sides that really throw a lot of water. All of that paired with its reduced size make it a more subtle lure that will still deflect off cover about half as far, leading to more bites from less aggressive fish.