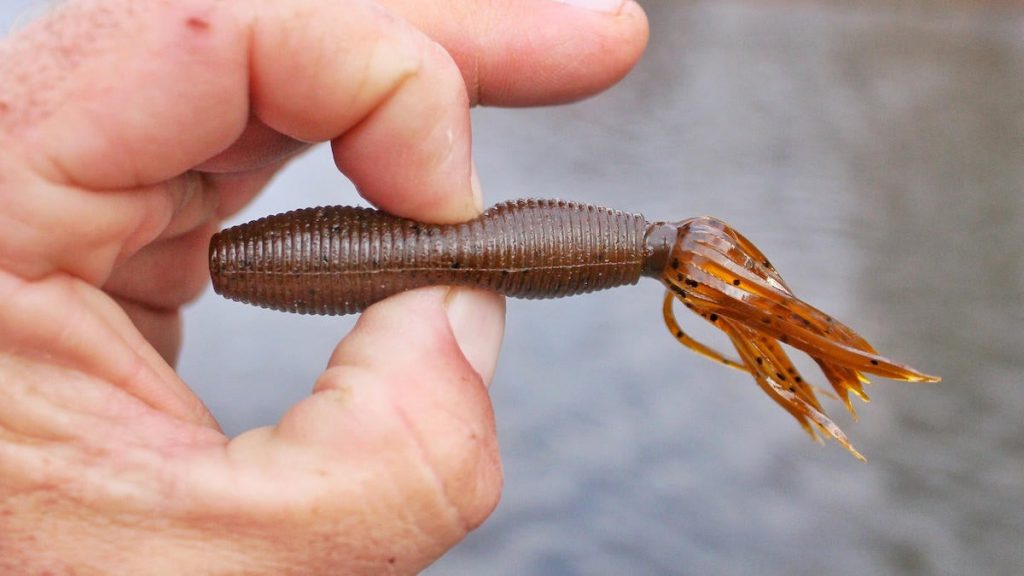 This bait is really soft. It feels as though it has the same salt content and consistency as the famed Yamamoto Senko, though the body is a little larger in diameter. Soft baits lead to more bites and fish holding the bait longer. That’s a pretty widely held belief among anglers. This bait backs that up the best I can tell, because it gets bit often and the fish hold onto it plenty long enough.

But there’s a compromise in order to gain that edge. You will go through several baits, similar to how you will a Senko. The bait tears pretty easily and you’ll do good to catch 3 or 4 fish on one before having to return to the pack for a fresh bait. But there’s another added benefit of this bait’s consistency; you get a really good hookup ratio. With tougher soft-plastic baits, you run the risk of not being able to punch the hook through on the hookset. Not an issue with the Fat Ika.