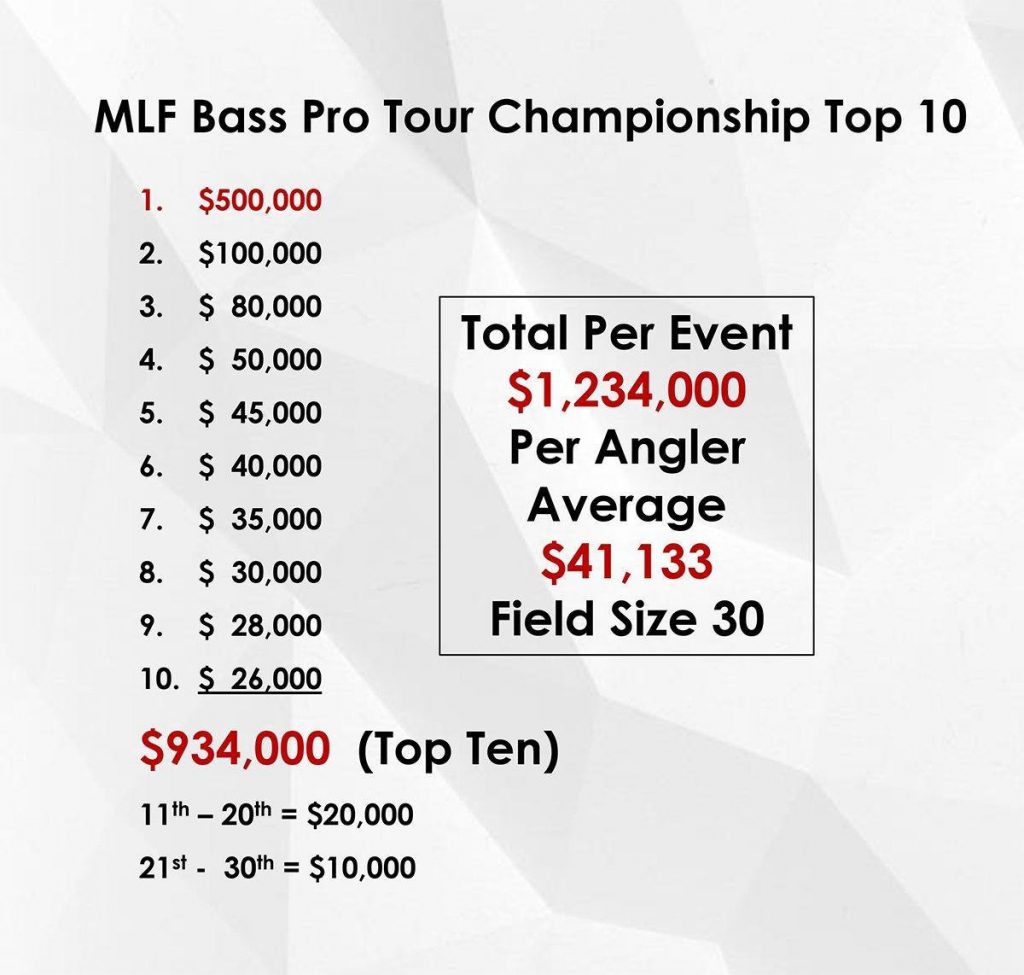 “Our league and sponsor partners have made a significant investment to make sure that the decision to fish with Major League Fishing in 2019 was an easy one for anglers,” Jim Wilburn, president and CEO of MLF, said. “With these payout amounts combined with our more than 850 hours of television programming across six networks and support for anglers at every level of the business, we believe our angler-centric business model is one that will resonate with anglers and sponsors.”

While MLF will continue its popular Cup events and World Championship, airing on Outdoor Channel, CBS Network and CBS Sports cable, it will now also have the Bass Pro Tour competitions and championship airing as originals on Discovery Channel with re-airs on Sportsman Channel in 2020. All together, Major League Fishing will air more than 850 hours of television programming in addition to the more than 350 hours of live coverage that will be streamed on majorleaguefishing.com.