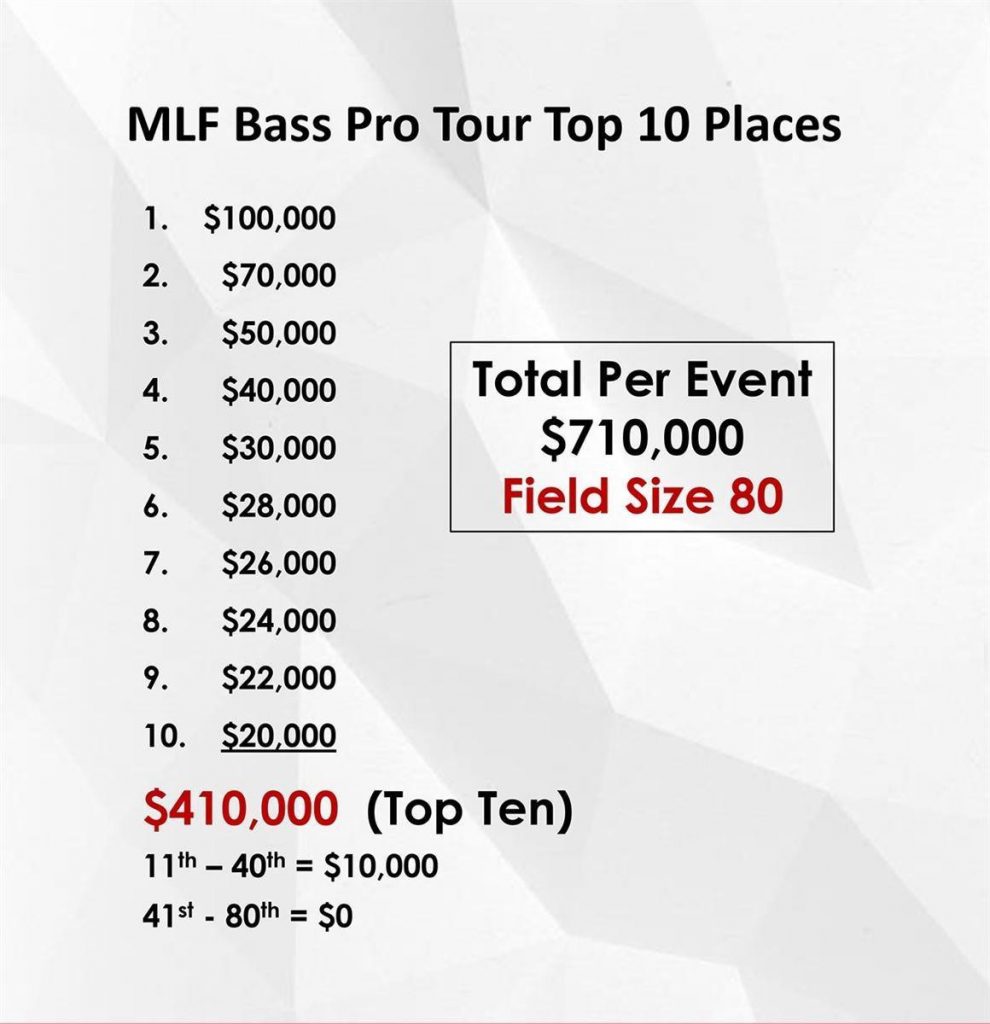 “Never in the history of our sport have anglers had this much control over their own destiny, from the bathroom to the boardroom and everywhere in between,” said MLF and Pro Bass Tour Anglers’ Association (PBTAA) co-founder Boyd Duckett. “These 80 anglers will have the opportunity to set a precedent for our sport for generations to come – a precedent that will likely include lower or no entry fees, higher payouts and better conditions for anglers in every regard.”

The new Bass Pro Tour eight-event series and Bass Pro Tour Championship also offer heightened payouts, made possible through enthusiastic support from Bass Pro Shops and Outdoor Sportsman Group (OSG). Regular tour events will pay out more than $700,000 per event, with the championship purse exceeding $1.2 million. Success in tour events also qualifies anglers to high-paying Cup events, which ultimately gives anglers the chance to compete in the General Tire World Championship with CBS airtime. The four Cup events will pay a total of more than $2.2 million and the World Championship will pay more than $700,000 among only 16 participants.