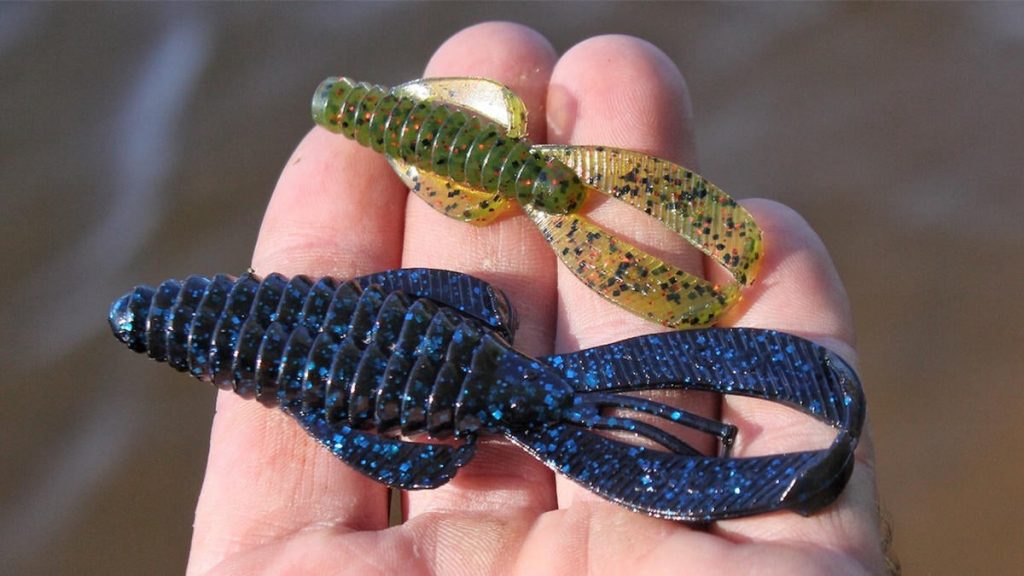 The biggest eye opener for me so far with a Ned rig is not really the numbers you’ll catch on it, but the quality. Big fish will still eat a little bitty bait. So having seen that with a Ned rig, it has me looking for baits in that size range. The Strike King Rage Ned Bug definitely stands out.

Playing off the extreme success of the original Rage Bug, Strike King created a pint-sized version specifically for use on a Ned rig. The Rage Ned Bug has the same basic appendages as its much larger Rage Bug predecessor, but comes in at a mere 2 1/2 inches long compared to the 4-inch original version. The key difference other than size in the two baits is that the Rage Bug has a wider body and the Rage Ned Bug is more cylindrical. The Rage Ned Bug fits most Ned heads perfectly due to its size and I really like the versatility of the bait.