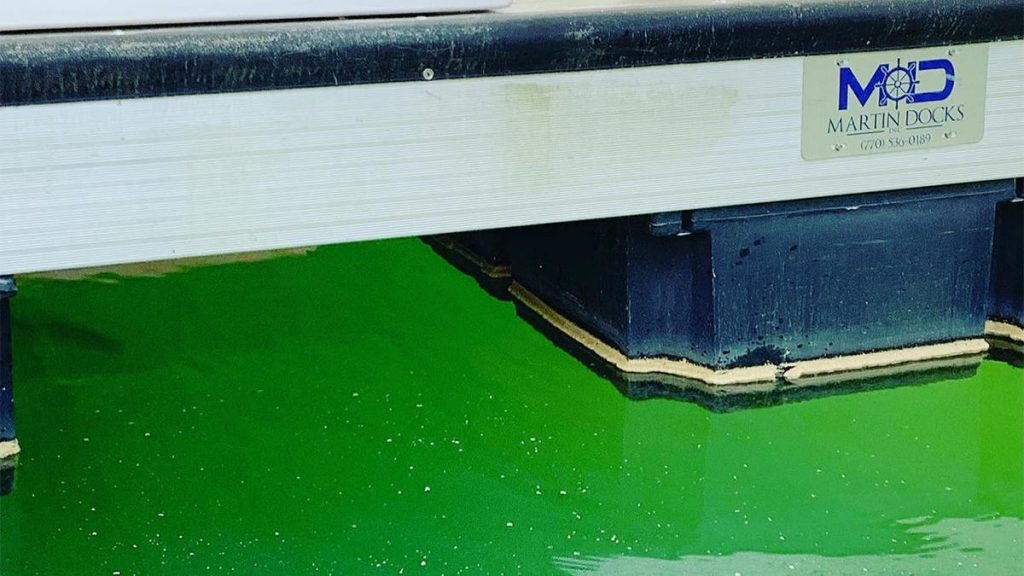 In most cases, floating docks are found on bodies of water that have clearer water. You’ll typically run across them on highland reservoirs with steep shorelines and systems that average water level fluctuations of 5 to 10 feet a year and in some cases, much more than that.

The areas where these docks are present aren’t usually abundant with shallow-water cover or grasses which makes the docks the next-best place for the bass to use. The shade provides an ideal place for them to hide because they can see out, but the prey can’t see into the shadows.

Paying close attention to the shaded areas and the direction the sun is hitting them will play a big role in your success while fishing them. Often times, the fish will reposition throughout the day as the sun moves overhead and the sides may have support cables in the water like on Alabama’s Smith Lake or larger floating community docks. The fish will gravitate to them, so making your first casts to the side with the most shade will be most productive. I approach the two sides and across the front of the dock first looking for the most aggressive fish, often just making these three casts before moving to the next one. In a way, it’s similar to how you’d approach a shoreline that’s abundant with fallen trees.

Moving baits are typically my go-to options for this and breaking down the lures for each possible scenario here may be a future article in itself; the possibilities are endless. But whether it’s prespawn fishing with jerkbaits and crankbaits or bluegill and shad spawns around the floats later in the season with swimbaits and topwater lures, reach for some type of moving presentation that will allow you to pick apart the sides and cover water until you can determine which docks the fish are using.