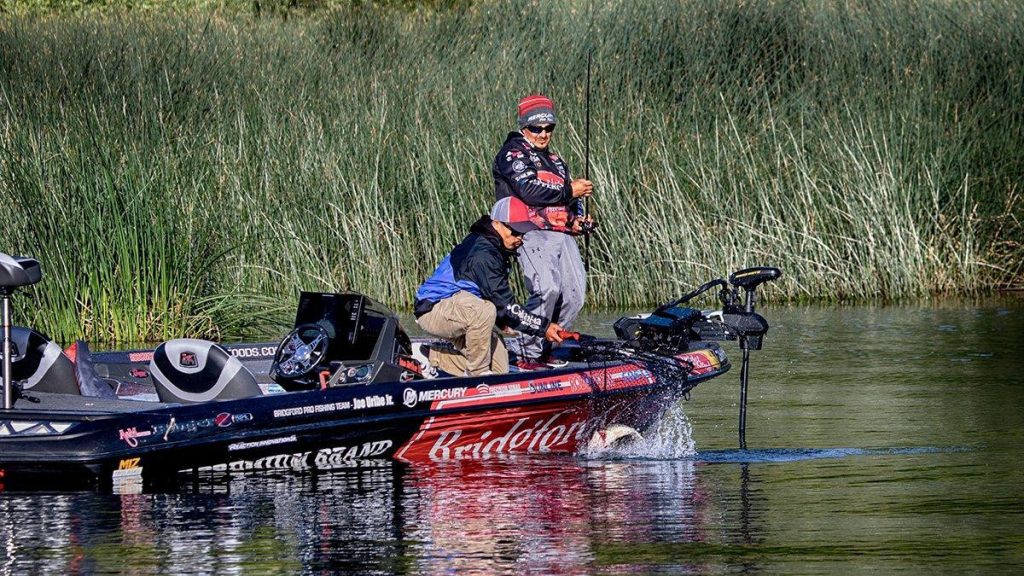 FLW Tour pro Scott Canterbury’s also a big fan of post spawners, as long as the fish are far enough removed from the spawn that they’ve regained their vigor. He definitely appreciates the opportunity to sight fish, but as the season progresses, he expects a tightening window.

“Late in the spawn, sight fishing is real sketchy, because they don’t stay long,” he said. “Unlike the beginning of the spawn when they’re there for a while, once that water gets warm, they’ll come in one day and be gone the next day.”

Fish leaving the beds often spend several days just lounging in the shade of bluffs, docks, trees, etc. The bream also relating to such areas become a big part of the diet during these periods, so mind your colors on those swim jigs, bladed jigs, etc.

Chartreuse tips on green pumpkin trailers, blacks, blues, purples; maybe a touch of orange in the main color scheme — that’s what gets bit by post spawners more interested in a couple big meals a day than chasing lots of little shad.