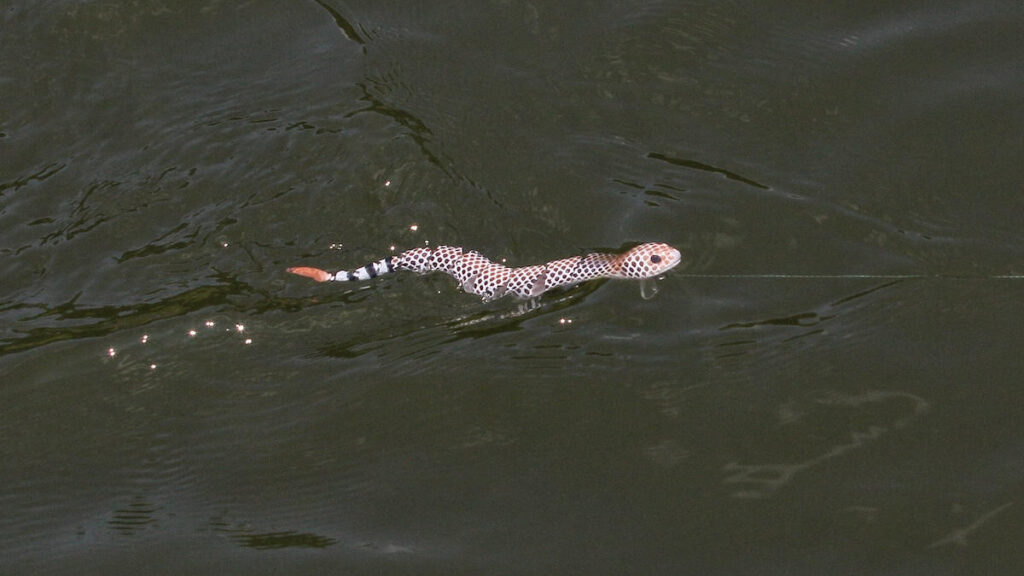 This is a bait that I actually already wrote a full review on. But I was so impressed with it at the time that I knew it had to make this list. Like the Phantom Spider, the lure manufacturer of the 3D Snake Wakebait did a fantastic job with the paint schemes and designs to create some really realistic lures, out of the water. But how does this snake perform in the water?

I don’t know if I’ve ever thrown anything with a more realistic action in the water than this thing; it actually gives me the creeps a bit. I’m not a big fan of snakes, so my head is often on a swivel whenever I’m fishing in a snaky spot. This thing looks just like a snake swimming towards the boat. It casts a nice, wide wake that helps fish detect the lure’s presence in the water and then track it down.

There’s an 8-inch version and a 12-inch version of this bait. The shorter one weighs 1 ounce and the longer version comes in at 2 ounces. I fished with the 8-inch version and was skeptical at first about the bait only having two hooks as long as it was. But what I found in fishing the lure is that, even though the bait is 8 inches long, it’s much more compact than that as it’s being fished.

The bait is constantly wiggling through an S-shape which shortens the profile of the bait in the water from 8 inches to more like 5 inches. This means that more or larger hooks would cause this bait to foul hook itself regularly. I also really liked that the hook hangers swivel, which takes a lot of the leverage away from a fighting fish when it tries to throw the bait.