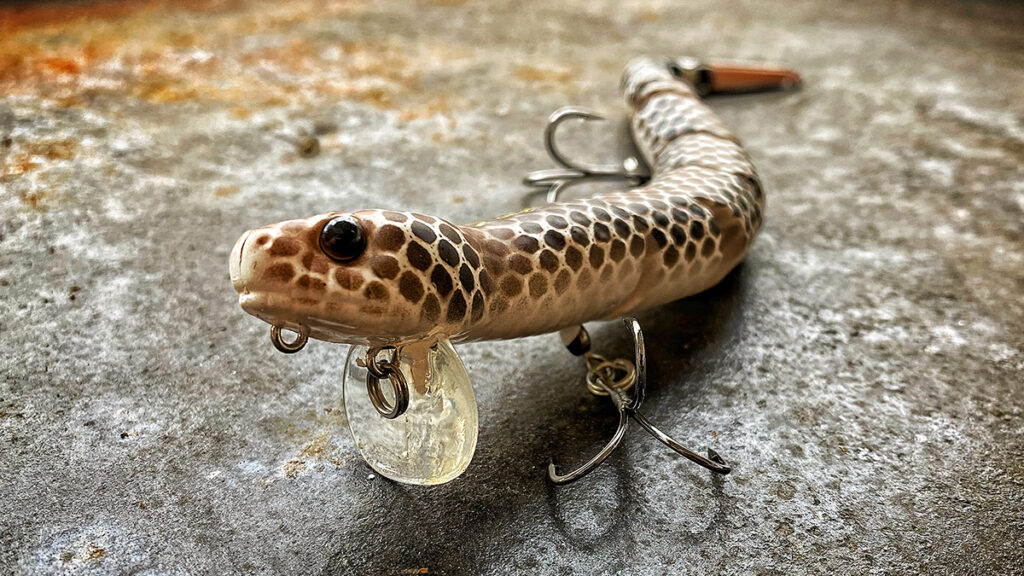 Before you raise your eyebrows at me, give me a chance to explain myself on this one.

I’ve never been one to buy into the crazy-looking bass fishing lures that have become so widespread in recent years but I’m telling you… the Savage Gear 3D Snake Wakebait looks absolutely incredible in the water. I had one for a few years and never even took it out of the package until my buddy Shaye Baker decided to test it out. He called me afterwards and told me that I had to give it an honest shot. He knows his tackle, so I listened to him and rigged one up.

I gave it a shot and sure enough, this thing is a really nice bait. Will you go win a tournament on it one weekend? I’m not sure about that. I do, however, think it’s an outstanding bait for smaller waters such as ponds and rivers. The multi-jointed body and unique cable system of this bait gives it a creepy-but-cool S-wake as it crawls across the surface of the water. When you get a bite, you’ll be thankful for the swiveling hook hangers which prove to be a tremendous help when fighting big fish.

Starting at $20.99, it’s a bit on the pricier side but once you see this thing in the water, you’ll have a hard time putting it down. I plan to throw this wicked-looking bait a lot more this summer and I have hundreds of little spots I want to fish with it on my home lake.