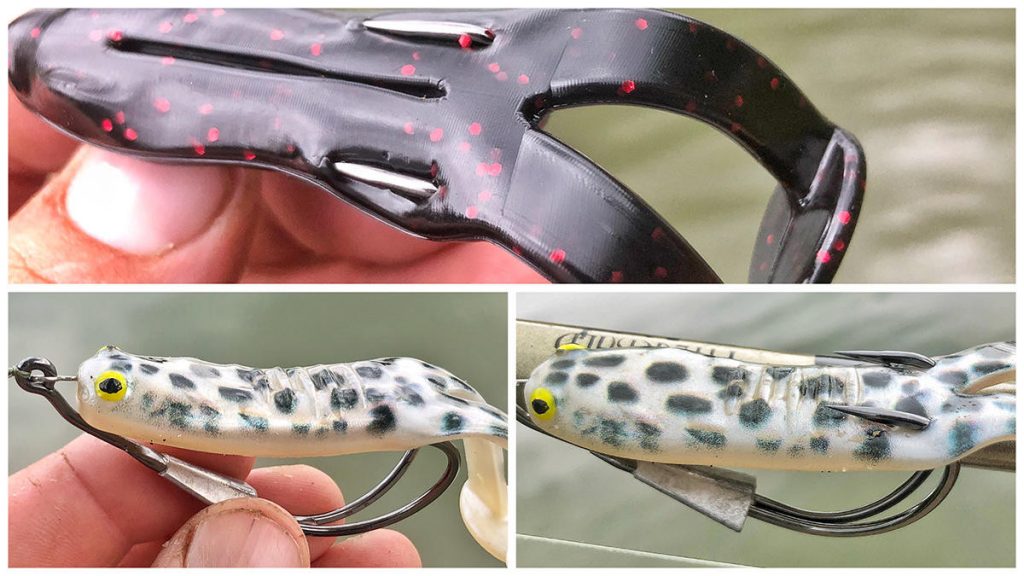 I also remember not really liking the rigging of a toad on a double frog hook when I first tried one out years ago. I didn’t like having to screw the frog on for whatever reason. But Hitch Hikers and other cork screw mechanisms have been added to several baits and hooks that I use now so this style of rigging has become pretty common place and second nature.

And I will say this, I went through fewer baits with this hook than I normally do with an EWG hook when fishing a toad. The screw lock holds onto the nose of the bait well and the double hook actually tears the bait less than the single hook does, I’m assuming because the fish are able to gain less leverage on the two hook shafts than they can when twisting and tearing the bait off the one. Whatever the reason, I went through less baits.