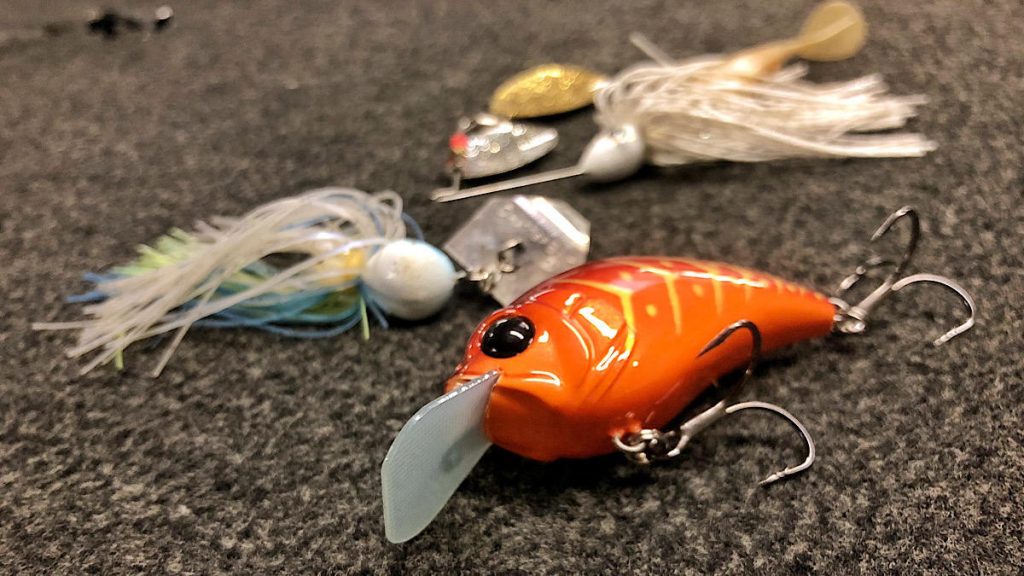 These are my favorite bass to fish for in the prespawn and year round, for that matter. My dad and I fish in Alabama mostly now and like to stay shallow when we can, even through the dead of winter when the water temps are in the 40s and the brutal heat of summer when we’re fishing in less than two feet and the water temps break 90 degrees. The reason? There are always fish up shallow. John Cox has proven that time and time again on a national level and anglers like my dad have proven it for decades as well in all the little local circles.

But the reason I like fishing for resident fish in the prespawn in particular, is that these are the first fish to really feel the urge to spawn. The water temps will obviously change faster two feet deep than they will at 20 feet. So as the spring approaches, the first couple of warm days sandwiched between a couple nights in the 60s will be enough to push these big girls right to where they’ll be spawning and have them super aggressive, feeding and full of eggs.

To find these resident populations of fish, you’ll want to make your way up into creeks, rivers and flats. Anywhere a fish would have to travel a long way to go to significantly deeper water. I think that is one of the things that generate these populations of resident fish. The best places to find resident fish shallow throughout the year will have a good food source, preferably some fresh water coming in, an abundance of cover used to ambush prey and to shade themselves in the hot summer and as aforementioned a place where the fish would have to travel a long distance to get to deeper water.

Lakes like Eufaula down in south Alabama have stretches of flats for instance where the depth doesn’t change more than a foot for 500 yards. A larger scale example of this would be all the way down in south Florida on Lake Okeechobee where there are likely stretches with less than a foot of depth change for a quarter mile. It’s not worthwhile or practical for the fish to travel these long distances to find deeper water if they have a food source and cover readily available where they are.

And I know it seems outlandish to think a bass could rationalize this deeply and I’m not saying they do; it’s primarily instinct to survive. Bass are creatures of habit and these are literal life and death decisions for them. And the proof is in the pudding as they say, since there are schools of fish that stay shallow year round. So regardless of how they figure it out, overtime schools of fish develop a collective school of thought and stay shallow in these type places.

Targeting resident prespawn fish is pretty simple once you find them. Spinnerbaits, squarebills, vibrating jigs and lipless cranks work extremely well depending on the type of cover you’re around. And you can even get on a good topwater bite with something like a buzzbait if there’s a warming trend. Flipping and skipping jigs also work well around docks and wood. Basically it gets back to the nuts and bolts of fishing. Fish will hang tight to cover and are typically susceptible to power fishing techniques. Though on high pressure days and in clear water, shallow finesse tactics like Neko rigging and wacky rigs can work wonders at unlocking a prespawner’s jaw.