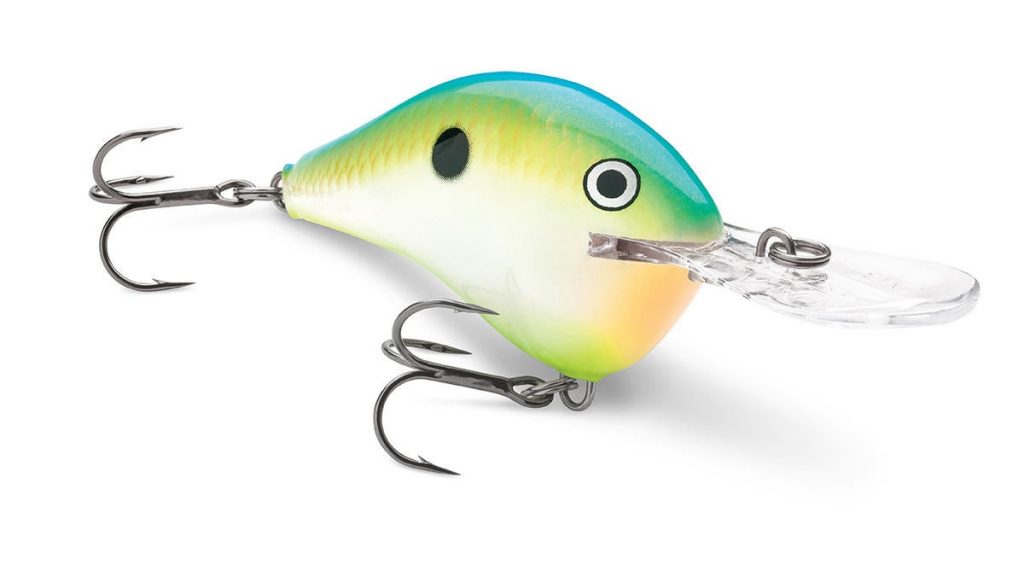 A long-awaited member to the DT family, the DT08 has the body size of a DT06 but with a bill resembling a DT10, only a bit smaller. The DT08 dives down quickly to maximize running depth and is remarkably snag resistant. Fished at any speed, water clarity or temperature, the DT08 is a flat-out fish catcher. Weighing in at 3/8-ounce, 2 inches long and armed with a pair of No. 5 VMC treble hooks, the DT08 is going to become one of your favorite cranks. MSRP $12.99

Available in January at Tacklewarehouse.com.