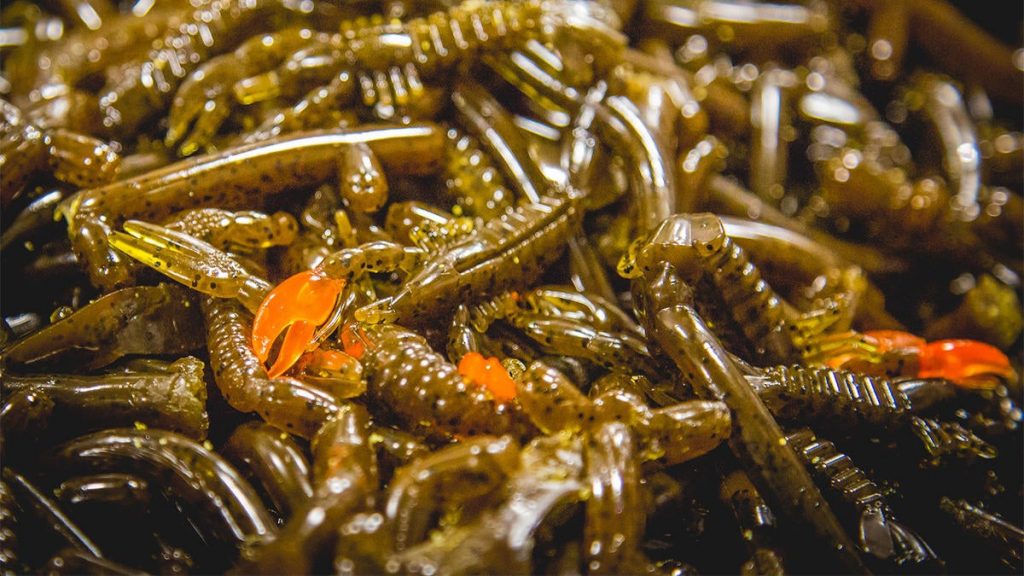 Following the model of their successful OEM lure-skirt business, the Z-Man brand initially stayed behind the scenes, manufacturing its earliest ElaZtech baits for Strike King Lure Company, including the Strike King Zero stickbait that keyed VanDam’s Bassmaster win. Beginning in 2008, Z-Man began packaging ElaZtech baits with its own logo and promoting under the Z-Man brand in earnest. Baits such as the TroutTrick and DieZel MinnowZ became worldwide best sellers on the saltwater scene. Z-Man also revolutionized the finesse and Ned rig bass arena with baits like the Finesse TRD, ZinkerZ and Finesse ShadZ.

In effect, ‘050505’ marked a new era for softbaits-a wholly original category of lively, super durable and environmentally safe fishing lures. “ElaZtech is a very different material from PVC plastisol,” notes Myers. “While PVC baits use a plasticized form of PVC resin with softening agents containing toxic chemicals known as phthalates, ElaZtech uses non-toxic, non-reactive resins. About eighteen years ago, PVC plastisols used in baby bottles, toys and other products were pulled from the market because the FDA realized the products’ phthalates were leaching out and making people sick.

“In part because it looked like PVC might be on its way out, particularly in single-use and food packaging applications, we sought alternative bait materials from day one,” notes Myers, “In essence, ElaZtech is a thermoplastic elastomer (TPE), made from a non-toxic, food-grade and pharmaceutical-grade resin. Familiar product applications include cosmetics, baby bottles and medical and healthcare products.”

Myers admits that while ElaZtech offers manifold environmental and angling advantages, producing baits from the material is expensive because it requires longer cycle times and specialized machinery. “Thankfully, we’re able to avoid passing those costs to consumers because we control the entire manufacturing process locally,” notes Myers. “Raw materials to produce ElaZtech baits all come from the USA, which also enables us to ship products in and out the door with the same local carriers, affording us substantial savings.”