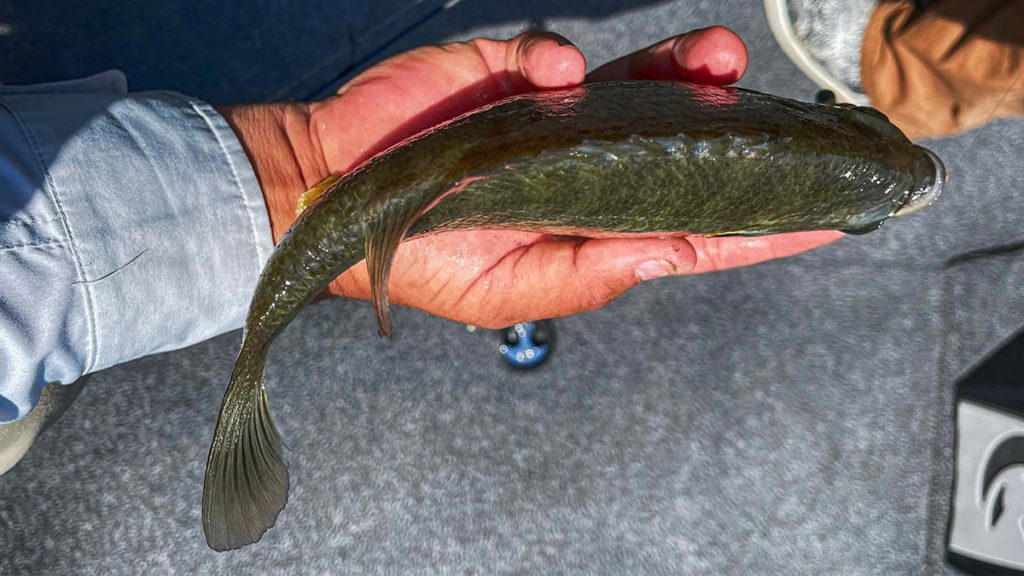 The last few years, I’ve been releasing a lot more red ears in the spring. I love to catch them. I think they are one of the prettiest fish in the lake and they are a hoot to catch when they get more than a pound in weight. But I also want to catch them next year and the year after that, and I know as hard as they are to catch, there probably isn’t a whole bunch of them in the lake. So I would ask you to consider releasing some of the ones you get to replenish the population. Nothing wrong with eating some, but I consider them some of the most alluring fish in our local fisheries and for that reason, I’m trying to be a better steward of their population.

We released a really cool video of some initiatives in MN regarding Quality Sunfish (click to watch). One interesting note is you don’t necessarily have to always throw back the big ones. Releasing any fish, especially the younger fish, will ensure you help the population survive. We caught 27 in the Bluegill Blowout and let 7 go as well as a few others that got off on their own. So we took 20 out of one pocket and let another 10 or so go. Since late May, I’ve caught and released 20 or more shell crackers and kept another 20 to eat. So again I’m not telling you not to enjoy this great table fair. I just want fishing for them to continue for a long time.