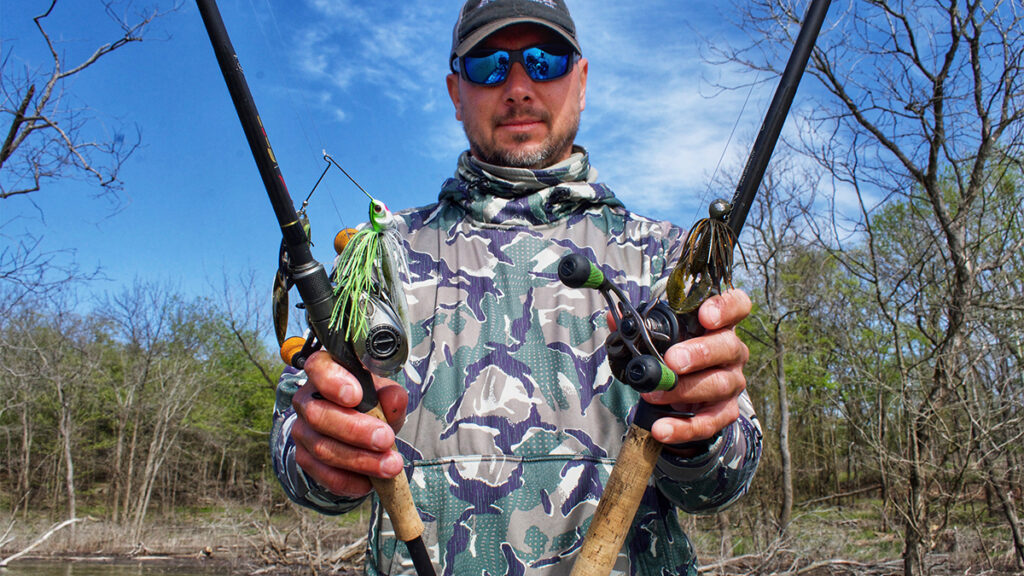 Using the right gear is another key to this style of fishing. Christie uses a fast 8:3:1 Lew’s Custom SLP reel, a 7-foot, 3-inch heavy-action Falcon Cara flipping rod and heavy Sunline fluorocarbon. Specifically noting 25-pound Sunline Power 2C FC is important in bush flipping because it allows him to see the bites when he can’t always feel them due to his line being over limbs.

“You can’t tangle with fish in heavy cover using 12-pound line and expect to come out on the winning side,” Christie said. “Lots of times the fish have the advantage in close-quarter combat, you’re going to lose some. That’s just part of it, but keep on casting. You also can’t get frustrated with snags or lost lures in this kind of fishing. It’s going to happen but you might catch a great big one on your next flip.”

Christie believes a good pair of polarized Costa Sunglasses is critical to see targets underwater, just as Power-Poles are imperative to making repeat casts to high percentage pieces of cover.

Now to be fair, Christie and his family have won numerous tournaments back in the day fishing flooded cover out of an old aluminum boat with homemade spinnerbaits. This is not a rich man’s game by any means, but the right equipment ups your chances for success and will make you more effective.