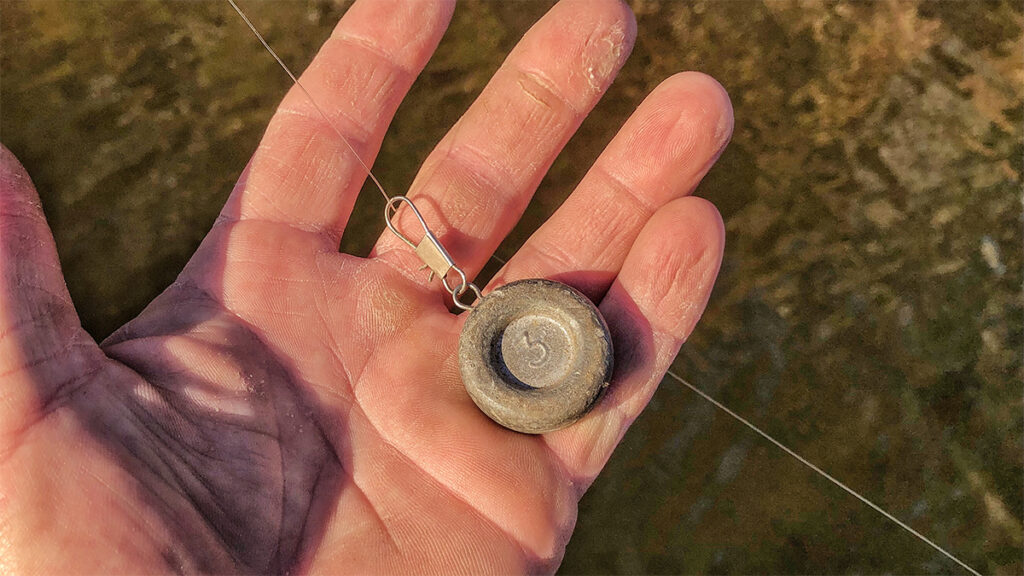 A plug knocker is simply some type of weight that can be clipped onto your line and then released so it can travel down to your bait and hopefully knock it off on impact. The idea is for the added weight to push the hook out in the exact opposite direction of which it came in. In order for this to work, you’ll need to hold your line tight as the plug knocker falls and then just as you feel it hit the bait, let your line go limp. About half the time, that’s enough to knock the bait free. If it didn’t come loose on initial impact, simply bob your rod tip up and down and often times that will dislodge the bait.

There are times, however, when the bait won’t come undone, and then you’re out a lure and a plug knocker. For this reason, its a good idea to use affordable plug knockers. My dad and I make our own out of catfish weights and big clips. But you can also buy three of the Strikezone Pocket Knocker Lure Retrievers for less than two bucks apiece, which isn’t too bad. Plug knockers are a great option for crankbaits, especially when hung more than 8 feet deep. If you’re under 8 feet, try this next one first.