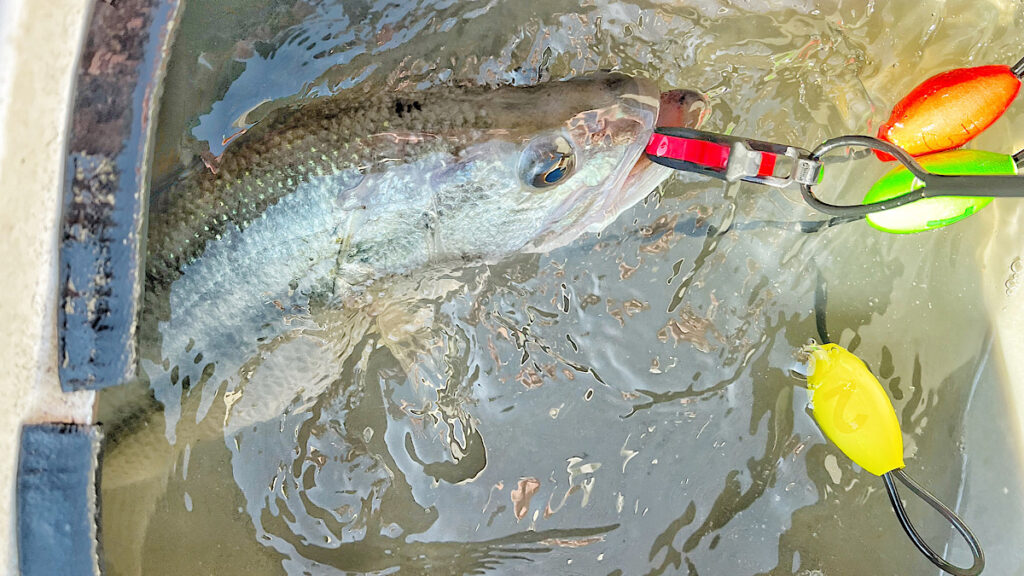 I used these clips in a recent tournament and they did a fine job. Some anglers use scales and weigh each fish to know which one to cull. For those anglers, the numbers on the balls will come in handy, as many scales allow the angler to enter a weight associated with the number. So then you know which number cull ball to toss back.

I used a cull beam that I already had from a previously purchased culling system. So I simply hung one cull tag from one end and one from the other. I used the colors instead of the numbers to know which was next to go. For instance, I told my dad “Green goes next” after making one cull. But then when the next fish came into the boat and bumped the green one out, I hung the next couple on the cull beam quickly and determined the white one would go next. That’s how I prefer to do it but with this system you can do either.

I didn’t have any of the cull tags come off of fish in the livewell, which is a good sign of their grip. When wrangling a fish to put on the cull beam or scale, it’s a good idea with any cull tag to pull the fish to the surface with the tag and then lip or grab the fish instead of dragging it all the way out of the well by the tag. This is better on the fish and eliminates the risk of one tearing loose during the culling process. That’s how I used these cull tags and they worked really well.