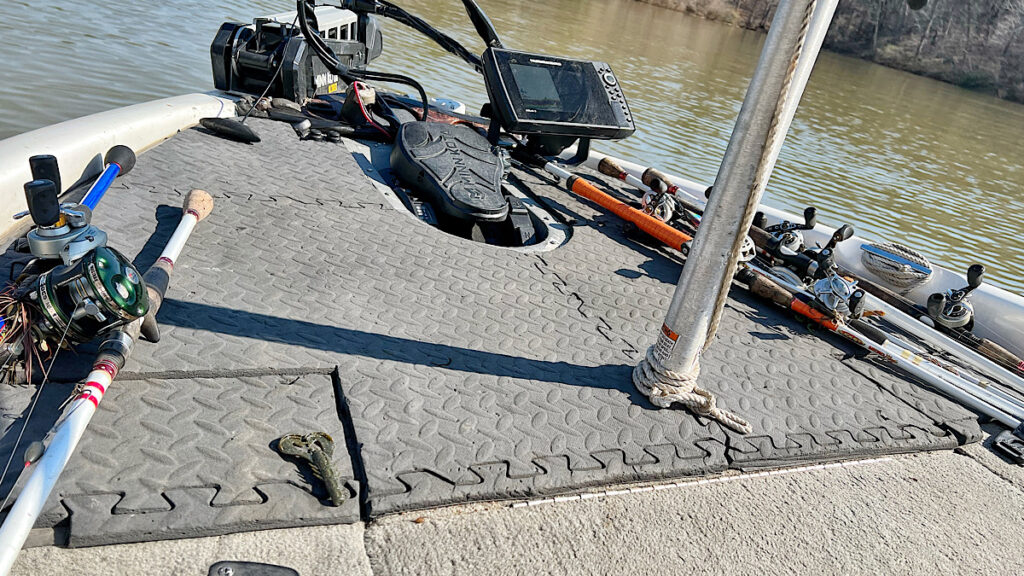 Another DIY project of Neal’s that jumps out at you right away is that he went about padding the front deck of this boat himself in a bit of an unconventional manner.

Using interlocking foam floor mats, Neal added a little cushion to the front deck of his boat. Most boats now come with padding under the carpet on the front decks. Neal’s boat predates that design advancement. But one day, he and my dad were talking about ways to take some of the pressure off his knees when he fished. Dad suggested he try adding these, stealing a couple sections of the matting from my nieces’ playroom.

We had used this same trick on the front deck of my little Bass Tender 11.3 molded plastic boat. So Neal decided to give it a try and said it made a lot of difference. This would be an especially good idea for any metal boat fishermen out there. The foam is much cooler in the sun and doesn’t get nearly as slick when wet as metal surfaces do. And the cushion really does help with fatigue, not to mention the added benefit of deadening the sound of a pair of pliers dropping on the deck of a metal boat.