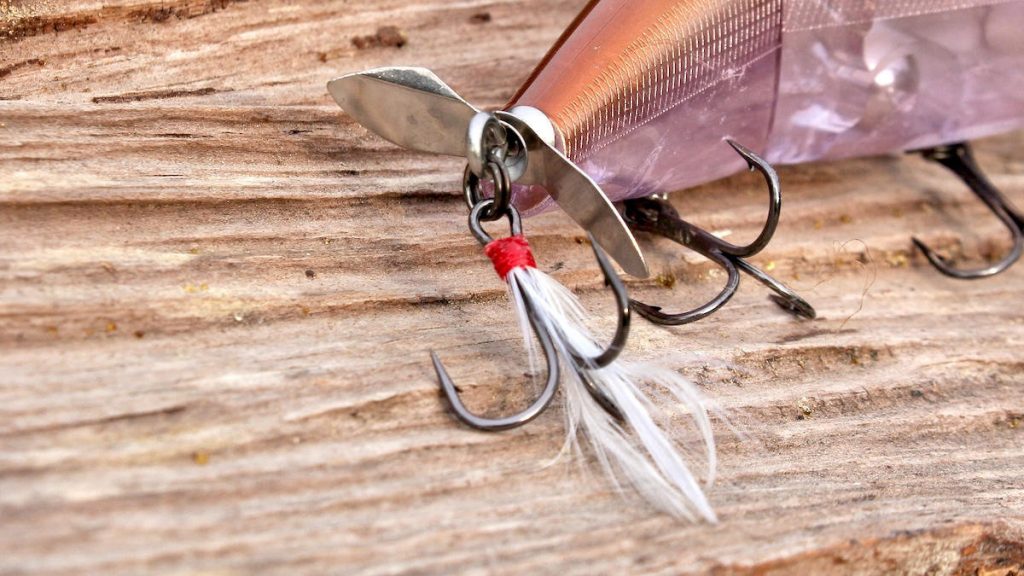 I banged this bait off the rocks and seawalls a few times and I’m pleased to say those errant casts weren’t show stoppers. The Noi-Z 105F is a solid bait, consisting of two segments that are joined together via a duel metal hinge system. Well-secured hook hangers and three decent-sized trebles give you plenty of opportunity to hookup and help you rest assured the bait is capable of hauling big ones to the boat. The feather-tipped hook on the tail-end of the bait paired with the prop are the double exclamation points that really punctuate this lure.

The size is also well thought out. Some of the few wake baits that I have thrown in the past are very large and can surely be a little intimidating to smaller fish. Not to say I didn’t catch small fish on those baits, since I often would catch a 12-inch bass on a 10-inch lure and wonder what on earth the fish was thinking. But those baits were really big-fish baits, which made them difficult to commit to in competitive situations. While the Noi-Z 105F is still certainly built to draw big strikes, at a little over 4 inches it’s perfect for tournament competition where you don’t want to alienate a lot of keeper bites with a bigger bait.