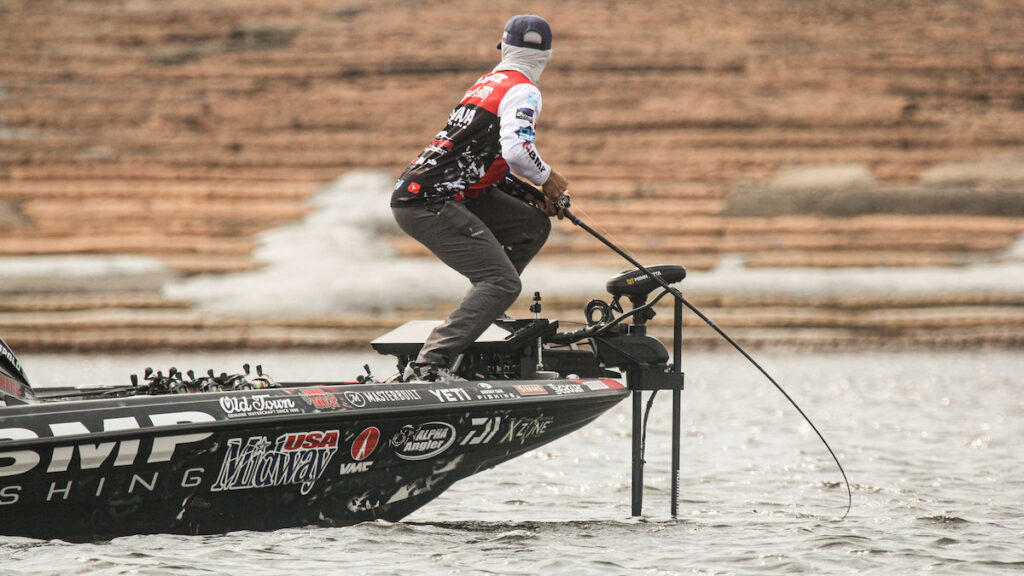 “I’ll go to an X Zone Lures Blitz Worm next and kind of drag it on the bottom,” Palaniuk said. “That worm floats, so you get a ton of action out of that thing. Even when you stop it, its thin tail just floats up and moves around, especially if you have any wind or current.”

Using a big worm like the 11-inch long Blitz Worm, Palaniuk is able to soak a bait and just really take his time to see if he can entice one or two more fish to bite. Once he’s done all he can do with the big worm, he’ll toss a Neko rig or a drop shot around as a last resort.

This handful of baits proved powerful in the hands of Palaniuk recently as he entered the Century Club for the first time with B.A.S.S. and caught his first ever “Dirty Thirty” on the Elite Series—a 5 fish limit of over 30 pounds. These are two goals Palaniuk has spent over a decade on the Elites trying to accomplish.