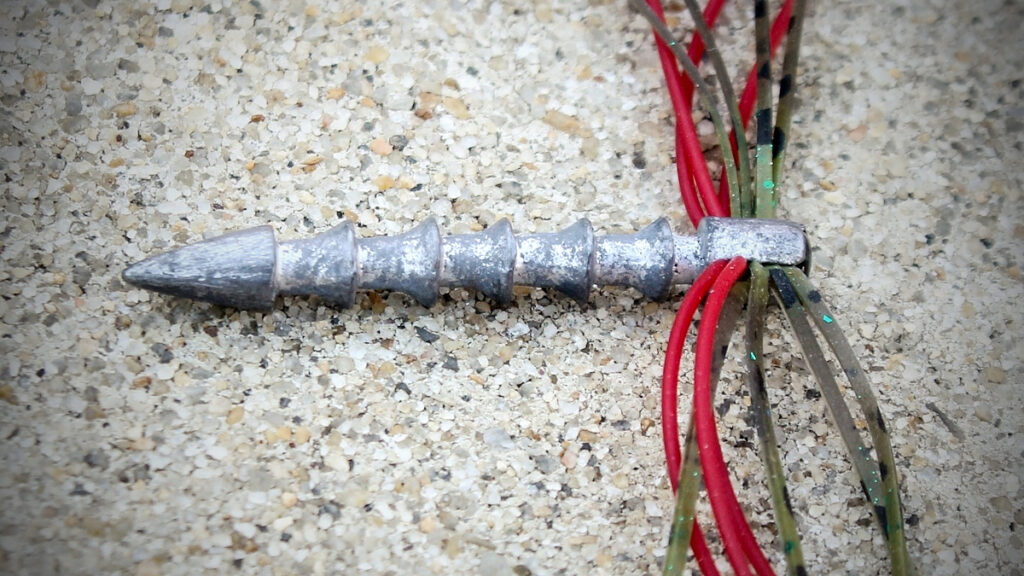 I tentatively stated this piece of terminal tackle is different from all other Neko specific gear because I don’t want to overstate myself in saying that I’ve seen all the Neko-specific weights out there. But to my knowledge, this is the only Neko weight that has skirted material incorporated into it. VMC has taken 7 strands of silicone and rubber skirting and run them perpendicularly through the head of a lead nail weight to give a Neko rig a unique look in the water.

On dry land, I’ll admit, this skirting looks a little out of place. But when you see it in the water, the VMC Neko Skirt is actually pretty cool looking. The weighted end of the worm is meant to maintain contact with the bottom. So as you hop and drag a Neko rig along, the skirt tucks and flares and kicks up a little mud and silt. It actually does add quite a bite of action and profile to the bait. Which isn’t exactly what you want from a Neko rig in some scenarios, but in others its a nice addition.