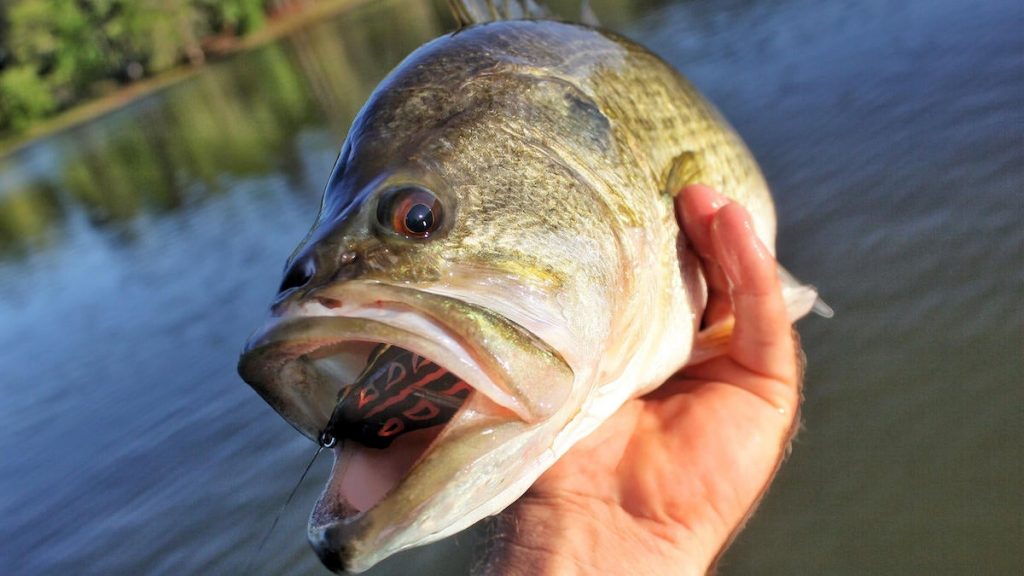 Here comes the trickiest part: those few weeks in the middle when fish are in several stages, the water and air temperatures are unstable and the water clarity is all over the place due to intermittent rainfall. That’s when it’s not as clear cut for me which to throw, so I often have both rigged and ready. Then it comes down to a decision for each cast.

I like to still lean towards the walking frog whenever I find myself in this time frame and on the heels of a cool night or two. The water temperatures can drop five or six degrees this time of year and really hinder any kind of topwater bite. On the flip side, however, as the waters start to warm back up it may only take a degree or two change for their jaws to unlock for a surface-level offering.

So I’d say I really like to lean towards a walking frog in this transitional period unless I find myself in a situation where the water is warming and getting a little muddy. The walking frog again makes less of a commotion which is good when the fish are lethargic, but not as effective when they’re starting to be more aggressive and having to combat low-visibility situations. That’s when I would lean towards the popping frog in this transitional time; when the bass need that little bit of an extra indicator for them to be able to track the bait down.

Still though even on those days, I may start off with a walking frog early in the morning and then transition to a popping frog later in the day. I also may throw a popping frog in a muddy creek and then choose to throw a walking one 15 minutes later in a clear pocket out on the main lake.