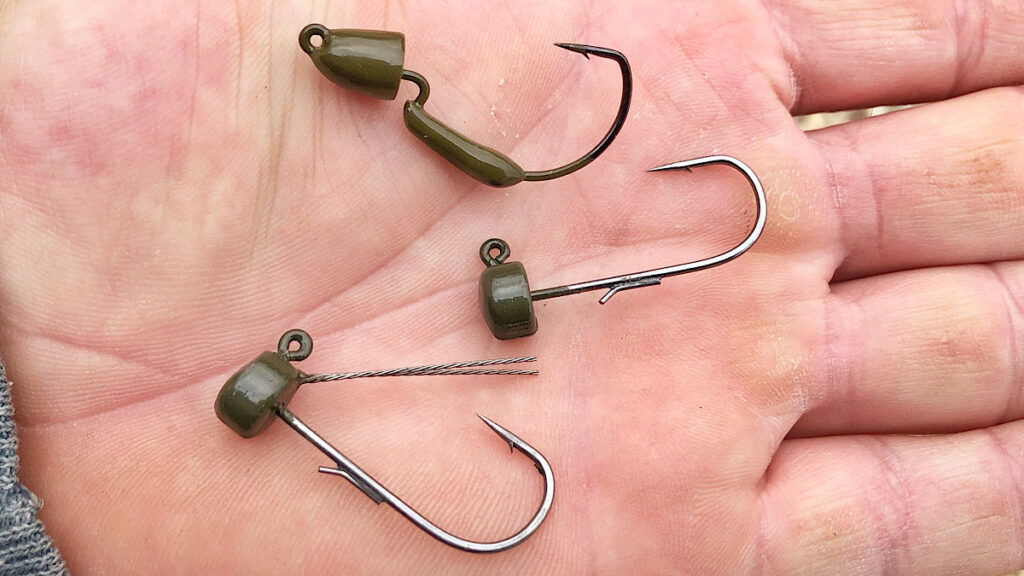 The first thing I thought when I saw this little nugget was… Ned rig. While I’d say that is the thing it’s most similar to, there are several key differences upon close inspection. For starters, though both are small jigheads, the Finesse BulletZ is built around a No. 1 EWG-style VMC hook versus the common round-bend hook used in Ned rigs. The hook is also intended to be left exposed with all Ned rigs, even the weedless ones with a weed guard. But with the Finesse BulletZ jig head, you want to rig the soft plastic weedless by running the hook point through the bait and then back into the soft plastic similar to how you would a Texas rig.

The shape of the head is also quite different. A Ned rig typically has some flat element to the shape of its head, intended to help the bait stand up on the bottom. This jighead has a bullet-shaped head with the line tie at the tip, so the bait will come through cover better. There’s also a molded weight along the shaft of the hook that doubles as a bait keeper. We’re going to get into the specifics of why all these features were incorporated into this jighead in a bit, but first we’re simply trying to help you see this isn’t just another Ned rig. Instead, the design was very intentional to create a product that could present a Ned-size finesse package to a whole new group of fish.