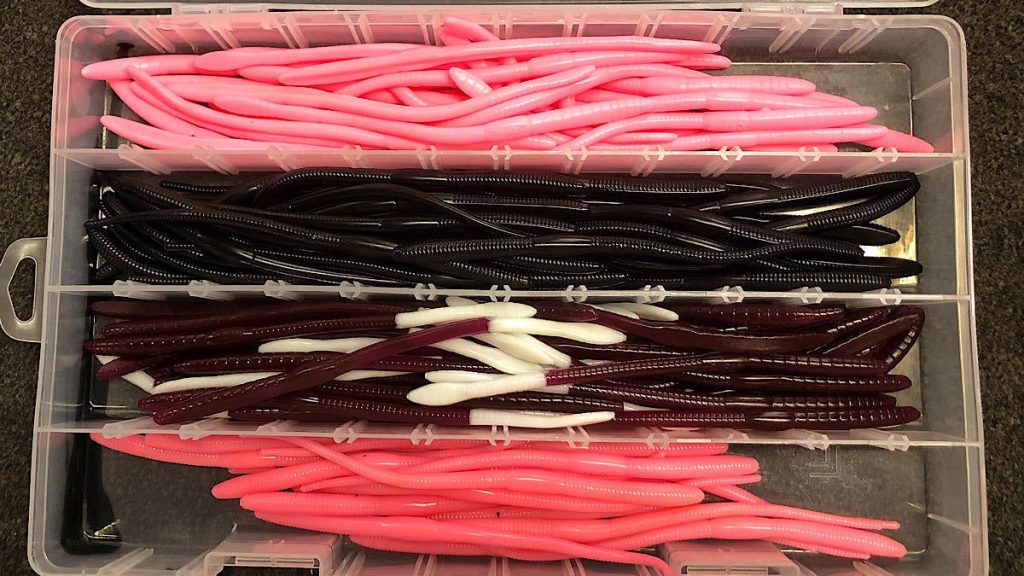 A floating worm seems to be a technique that falls to the wayside a lot in the mainstream fishing scene. It was a big player years ago and still comes up from time to time around the spawn, but that’s typically all you’ll hear about it. And most people either cast or skip it in open water using a spinning rod. Truth be told, a floating worm works really well in super-shallow vegetation like this as well and I personally prefer a baitcaster for it in this scenario.

My dad didn’t raise me on a spinning combo. I graduated straight from a Zebco to a baitcaster when I was about 6 because that was all there was to pick up. Dad’s always been a diehard power fishing guy and I don’t believe I ever even used a spinning rod to bass fish until I was in college. But the interesting dynamic there is that my dad loves a floating worm, one of the more finesse techniques with which you can target a bass.

So I started out throwing a floating worm on a baitcaster and still do. I like a 7-foot Fitzgerald Vursa paired with a 7.5:1 Lew’s LFS and 30-pound straight Sufix 832 Advanced braided line. My dad uses a similar setup and we basically power fish a floating worm. Once you get off into fairly thick vegetation, this setup gives you a leg up on what a spinning combo can do. The fish pay little attention to the braid amidst the strands of grass and we’ll actually mark our line with a green Sharpie as it fades over time to keep up the charade.

Fish will often give themselves away when you’re fishing this shallow. You’ll see a little wake or a fish will do a 180 under the water and a little wave will ripple out. A floating worm is probably the best bait to throw in that situation. Those fish are usually on edge, especially around the spawn and a floating worm is subtle enough to cast in the fish’s vicinity, work up to where you saw it move and be right in the fish’s face before it realizes the bait is in its world. That’s when instinct takes over and the fish typically inhales the bait.