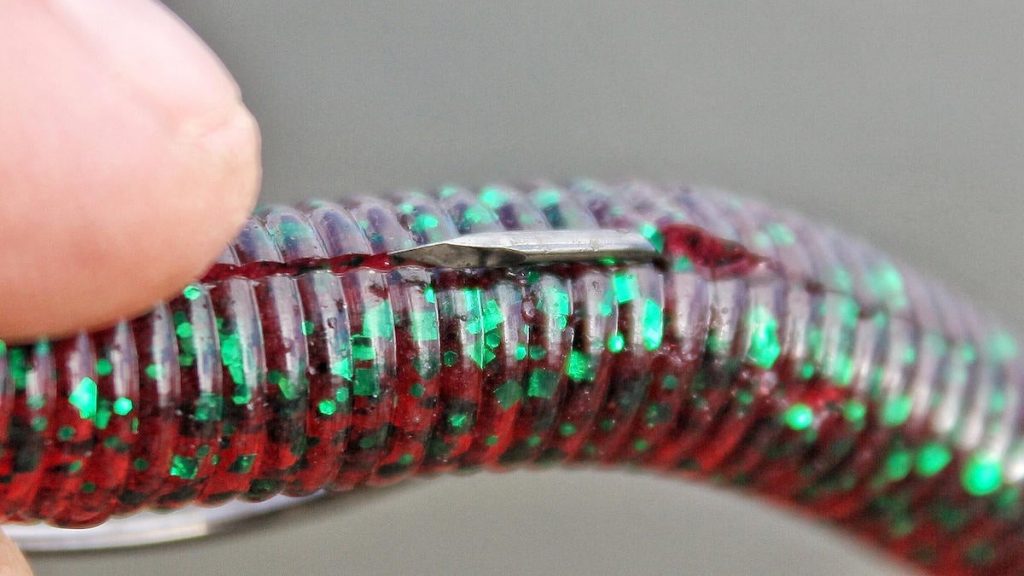 This hook has a smaller diameter than its beefier brother in the Lazer Trokar EWG MagWorm Hook. Most brands that offer an EWG worm hook also offer two different diameters. But this lesser hook in the Trokar brand seems a bit stronger than those of some of the other EWGs I’ve used. It’s hard to gauge strength of a hook sometimes. A lot of people think that a hook bending a little means it’s weak. But really, a hook has to bend or else it will break. Those are the only two real options once force is applied because the hook can’t simply stay the same.

This hook gives a little without breaking, and then returns to its original shape once the pressure is released. This allows you to set the hook fairly hard without worrying that the fish might be headed in the opposite direction and straighten the hook on you. And it lets you fight the fish with a fair amount of confidence.

Still, I would use this hook mainly for finessier presentations like small worms and Flukes, and move up to Trokar’s beefier MagWorm EWG for toads and flipping baits. But for those finesse deals, it’s nice to have a lighter wire hook that you can feel confident still setting the hook on pretty firmly.