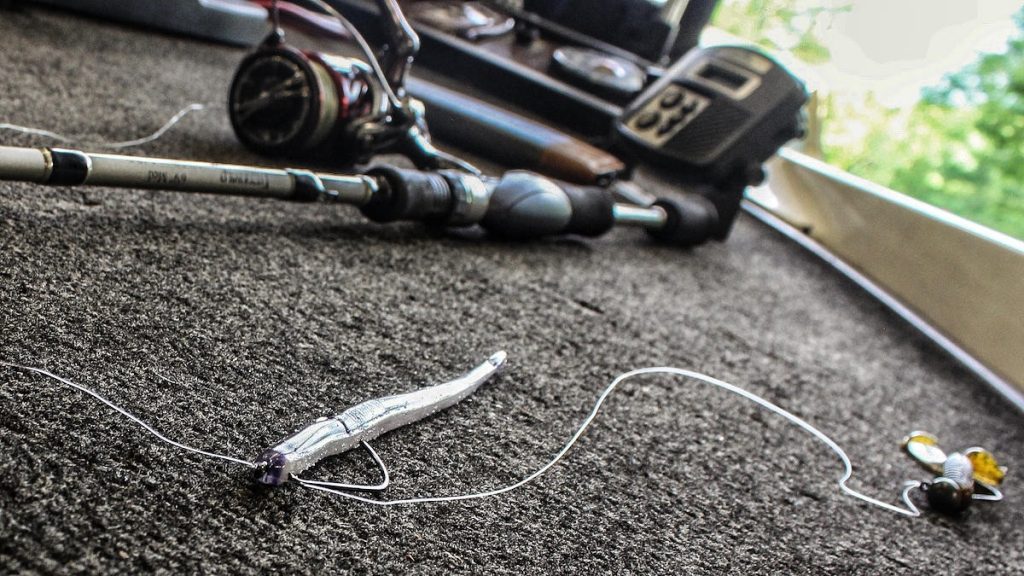 Again, I thought this was the rig Canterbury had used in 2012 to catch fish in brush. But he was using a double drop shot which consisted of a long leader with an additional hook and bait between the first hook and the drop shot weight. Canterbury used this to simultaneously target fish sitting close to the bottom down in cover as well as fish sitting 5 to 6 feet higher above the cover.

The same fish can be targeted with a shaky shot by replacing the drop shot weight with a shaky head. Having done this, I’ve found that some days I’ll actually catch the majority of my fish on the shaky head versus the drop shot bait. I found this extremely interesting and it sent my mind off into a series of thoughts that questioned whether we’d be better off at times simply fishing a shaky head vertically rather than dropping a drop shot on fish.

I will say that I don’t believe that is the case, simply because a drop shot is much more effective at dropping vertical versus a shaky head, which tends to spiral its way to the bottom on a straight drop. A drop shot has a much more realistic and subtle action to it which is necessary when fish are particularly finicky. So by and large, a drop shot is easier to present to fish you’re seeing on your electronics and does a better job of drawing strikes in open-water scenarios; but there are times when the shaky shot is better.