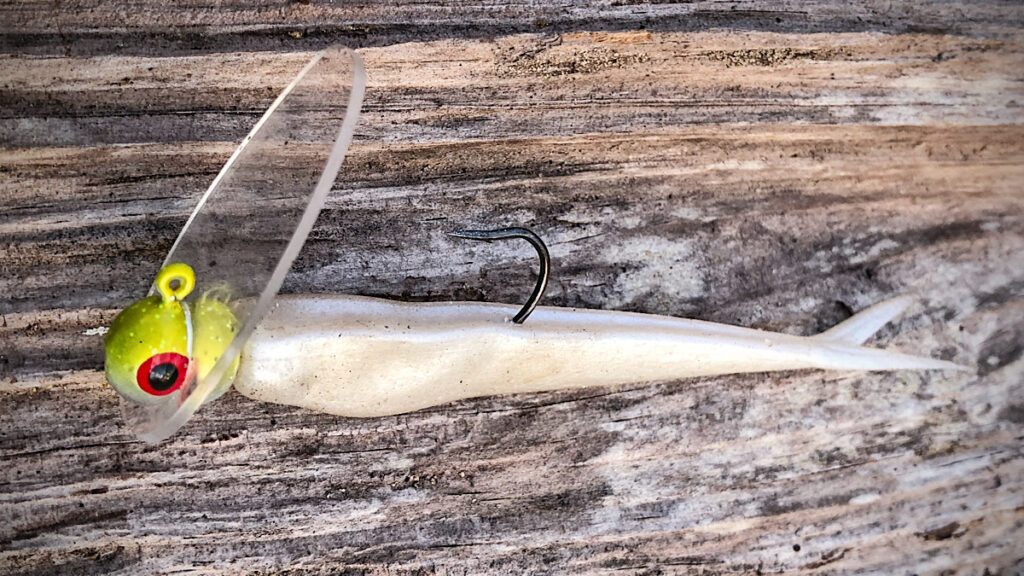 I love to throw a Fluke on a 1/4-ounce Scrounger head. A Scrounger, for those who don’t know, is a jighead with a rubbery bill that rocks back and forth as it’s reeled in on a steady retrieve. It kind of has a finesse ChatterBait vibe to it. It has a lot of action but intentionally not near as much as a vibrating jig or spinnerbait does. But it takes the right soft plastic to get the most out of a Scrounger. That’s where a Fluke is perfect.

A Fluke is narrow, not too long and doesn’t have much action on its own. This is key when looking for a bait to fish on a Scrounger. If you go with something like a little paddle tail swimbait instead, the action of the Scrounger head actually fights the action of the paddle tail and you don’t end up with a very effective presentation. Instead, the Fluke rigged on a scrounger has a nice top-to-bottom flash and sends a shivering quiver down the spine of the bait all the way to the tail that dances with a constant twitch and flick as the bait is reeled.