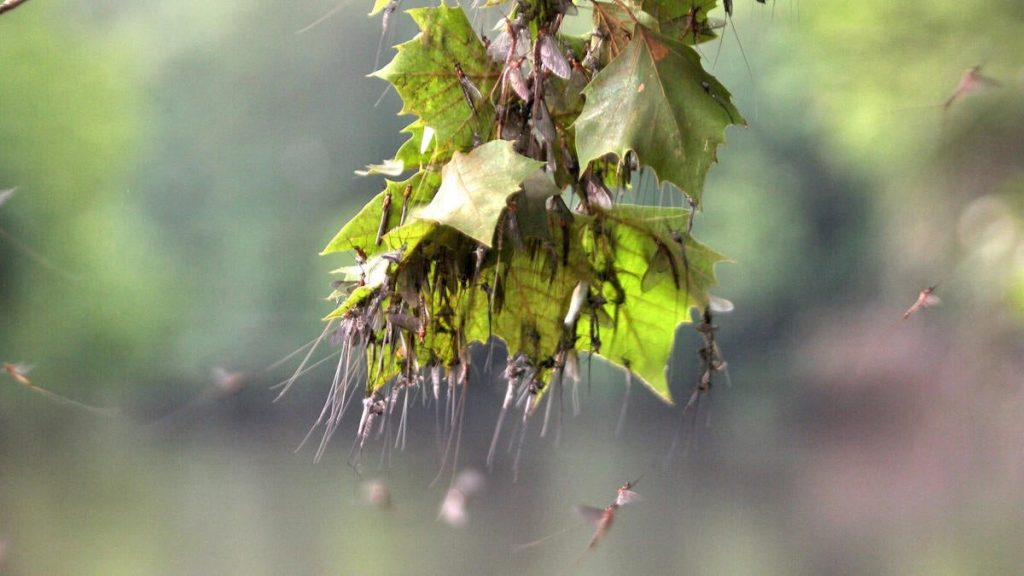 Similar to the shad spawn, mayfly hatches are the most active in low light. During the first and last 15 to 30 minutes of daylight, thousands of these little morsels will depart from the shelter of the leaves to which they cling during the heat of the day and take flight, creating a swarm so thick at times that they literally darken the sky. There are often so many of these little flapping wings going at the same time that they will generate an audible hum in the air.

As the mayflies exhaust themselves, they fall to the water where dozens of baitfish, small bass, catfish and other species are waiting. The surface comes alive as these fish start feeding on the mayflies. But the real action is about to begin as big bass zero in on the distracted bream, bluegill and other small baitfish that are so busy feeding, they lose sight of their own vulnerably.

These are the windows when you have the best chance to catch the most and biggest bass you’ll catch around a mayfly hatch all day. Again, this is similar to a shad spawn. But where a shad spawn is basically dead during the middle of the day, you can create little feeding frenzies around a mayfly hatch by deliberately casting your lure into a bush and knocking a bunch of the resting mayflies into the water. Immediately, the small fish start feeding on them and the big bass will often jump right back into the mix.