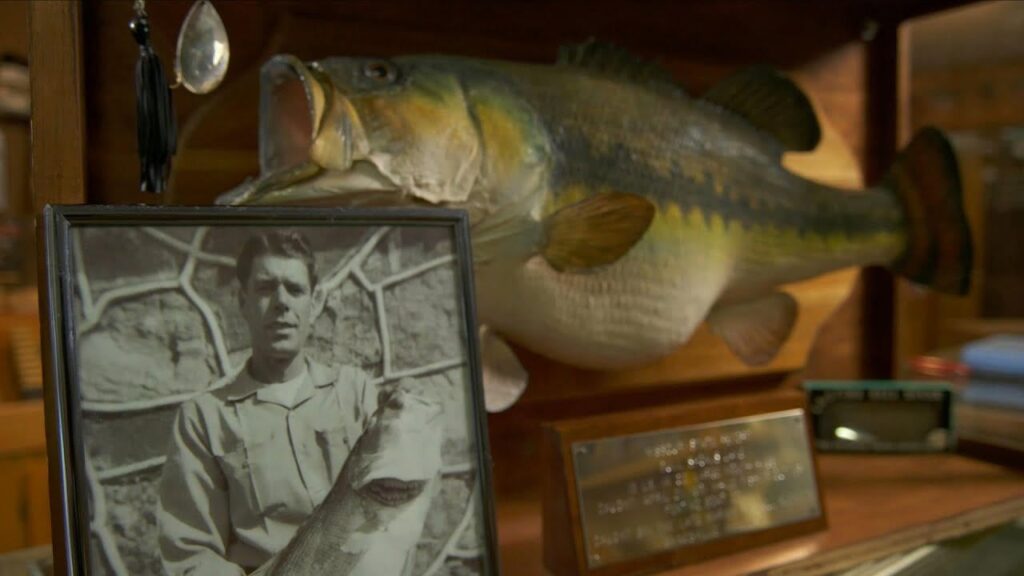 Marvin Bushong caught this 13-pound, 14-ounce largemouth back in April 1961 on Bull Shoals Lake. He landed the bass even with his reel broke out of the reel seat during the fight that was said to take some 12 minutes.

Bushong was an avid angler who passed some years later when he got tangled in and drown while running trot lines.