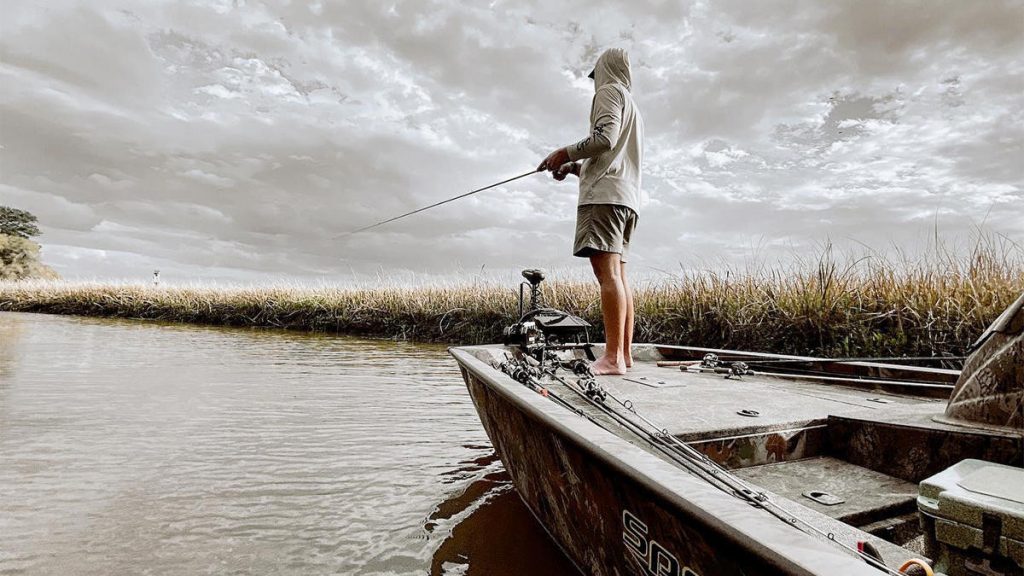 When most folks think of frog fishing, visions of aquatic vegetation flood the mind. While this is certainly a great place to find success on your favorite frog, it’s certainly not a necessary ingredient. Exclusively targeting grass or other shallow cover with a frog can considerably decrease your chances of catching big fish.

“You absolutely do not need cover to catch big bass on a frog,” Walters said. “You’ll run into this situation a lot when you’re fishing shallow flats in both the spring and the fall. You can be fishing in just a foot of water and other, more traditional lures like a spinnerbait might disturb the area too much; those shallow-water bass are super finicky. It could also be a muck-covered bottom that won’t allow you to drag a bottom-contact bait. This is when the frog can shine in totally open water.”

Because bass prefer to feed “up”, meaning they prefer to attack prey from underneath, Walters says you can get some giant strikes without a single piece of cover in sight. The fact that open-water bass don’t always see a frog can help you capitalize on their unfamiliarity.

“Fish don’t see a bunch of hollow-bodied frogs in open, shallow water,” Walters said. “They see the same ol’ stuff every single weekend and I definitely believe they become conditioned to it. The next time you’re fishing between boat docks or covering a fairly barren stretch of bank, take that frog out and keep it in your hand. You’ll be pleasantly surprised.”