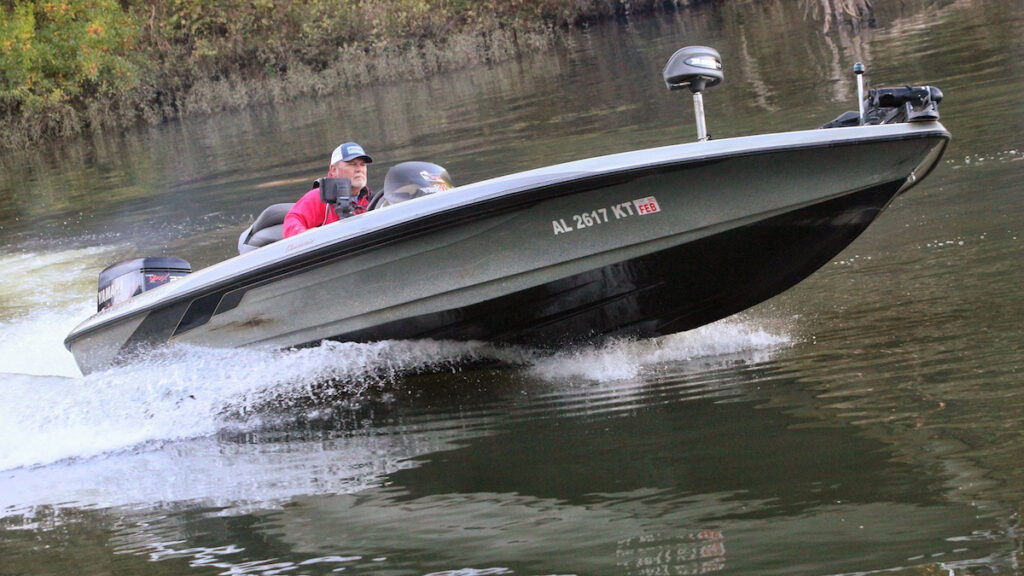 Years ago, I ran a camera boat when the Bassmaster Elite Series came to the Alabama River and Lake Jordan here in Alabama for their postseason event. I remember we were watching an Elite Series angler fish for schooling fish and, after a while, the fish stopped surfacing. I watched him sit down and fire up the engine, I assumed to relocate to a new area. But instead, he proceeded to do donuts around the area on a hard idle, throwing big wakes towards where the fish had been schooling. After 5 or 6 rounds, to my astonishment, he jumped back up and went to casting and catching fish again.

I learned something very helpful that day: Waves disorient baitfish.

The schools of shad that were near the surface were rocked by the waves. This caused the shad to break formation and some to venture outside of the safety of the group, which lead to bass singling them out and chasing them down. In the same way, it’s beneficial for a random boat to run by you while you’re fishing for schooling fish. I’ve seen this play out myself many times and actually welcome it. The wake from a passing boat almost always fires a school back up and gets them to break the surface again.