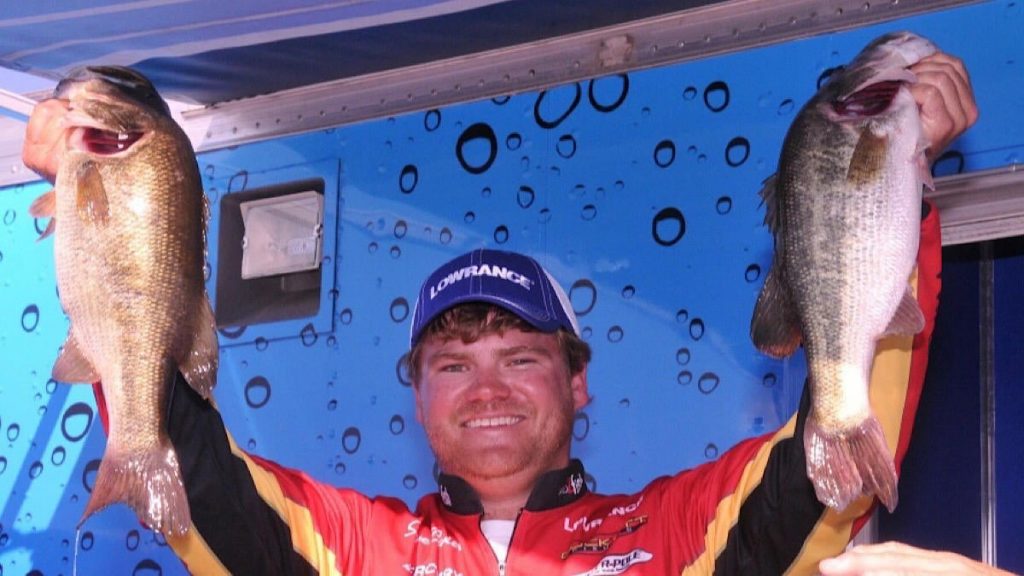 As previously stated, I’ve seen this go down first-hand a few times. The most memorable occurred during an EverStart (now Toyota Series) in 2012 on Lake Seminole. I found an area early on Monday morning with a few fish breaking the surface. But honestly, there wasn’t a lot to it and I didn’t even see many shad. With the tournament starting on Thursday though and not much else to go on, I decided to go back and check the area one more time Wednesday morning. What I experienced that morning was the most unbelievable thing I’ve ever seen in bass fishing.

My dad got to town the day before and was fishing the event as a co-angler, so he tagged along for the last day of practice. As we started into this area, I told him I had had a couple bites in there and not to set the hook if he got a bite because I planned to fish it the next day. He said something smart about not having been able to be there fishing like I had all week and if he got a bite, he was setting the hook. I rolled my eyes and hoped he was just kidding, as he often was. I had a Stanley Ribbit tied on with the hook buried deep in the plastic so I at least wouldn’t accidentally hook one and that was all that was really in my control.

As we turned the corner into this area, the surface of the water was in full blown and constant commotion. Bass, and big ones, were literally coming out of the water as they exploded on bait. I fired my Ribbit up to the line of hyacinth where the shad were spawning and within two turns of the handle a fish between 4 and 5 pounds came out of the water as it ate my bait. I held my rod tight as the fish swam 5 or 6 feet and finally let it go.

In the amount of time it took for that to transpire and me to reel my frog in, another 10 to 15 fish had blown up the surface. I fired back into the general direction of one of those bigger blowups and another big one ate my frog immediately. In little more than 5 minutes, I shook off a five-fish limit somewhere between 18 and 22 pounds. I was so caught up in the moment that I hadn’t even thought about dad being in the boat with me. I turned to see him sitting in the back seat, his rod still laid across his lap with his bait hooked on his reel and his mouth open in sheer disbelief of what we had both just experienced.

The shad stopped flicking along the grass edge. The bass stopped blowing up. All that was left was a frothed up pocket with bubbles all along the surface and the two of us looking at one another dumbfounded. Obviously, I knew where I was starting the next morning. I ran into that pocket on day one, caught 18 pounds in about 15 minutes and the bite totally shut down. Now to talk about what this article is really all about, what do you do after the shad spawn is over.