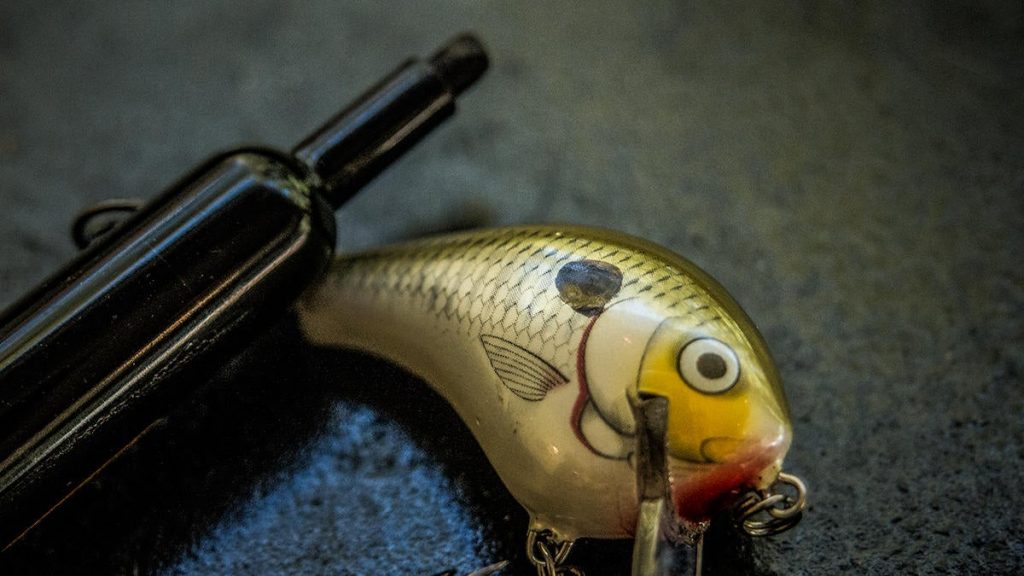 I can’t draw and I dreaded art class as a kid; I just don’t care anything about drawing stuff. But now that I’m a fisherman, I’ve learned that a permanent marker and some rudimentary drawing can make an enormous difference in my success.

For the same reason I prefer to use big-eyed lures this time of year, I also like to make the existing dots on the side of shad-imitating lures even bigger. It doesn’t take Bob Ross-type painting talent to make it happen, either. I just scrounge up an old, no-name marker from our kitchen junk drawer and double the size of the dot that’s already there. If the lure doesn’t have a dot, I personally like to draw one right behind the gill plate of the lure.

I first learned this tip from Elite Series pro Mark Menendez. We were talking on the phone and I was telling him how frustrated I was fishing around loads of bass and not getting a single bite. He suggested this to me and it worked absolute wonders. I believe a larger dot makes your lure stand out just a little bit more from all of the real baitfish in the area, which triggers the predatory instincts of bass.

Lure suggestions: I’ve really liked the Bagley Balsa Wake 1 (pictured) lately. We all know bass love to feed higher in the water column this time of year and the aggressive wake this bait emits has been a real winner for me. This “dot” method, however, is still very effective on other hard lures as well.