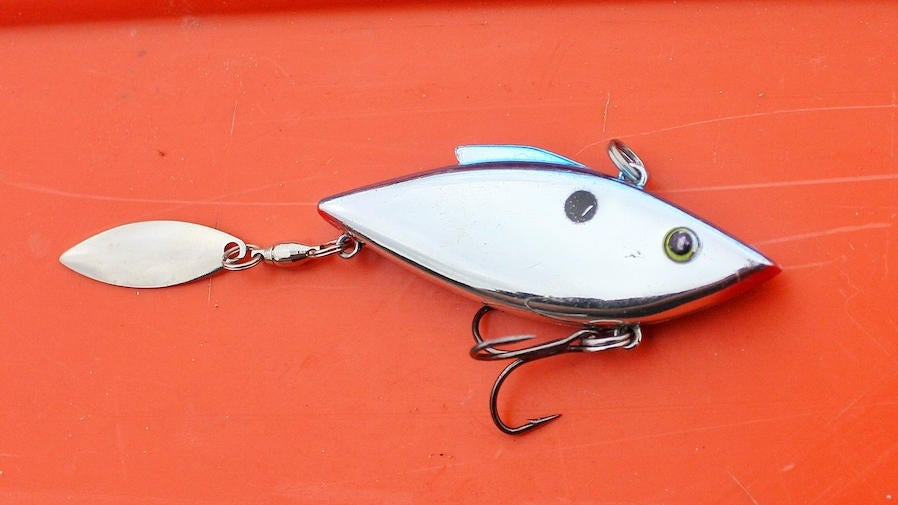 Bill Lewis makes a 1/4-ounce Rat-L-Trap with a small willow leaf blade in place of the back hook called the Spin-Trap. Dad and I always keep a few chrome and blue-back ones in the arsenal for fall ever since one of his uncles waxed him out of the back of his boat with it one year.

A lipless crankbait is fantastic around a lot of bait anytime of the year, but especially in the fall. When yo-yoing a Trap up and down, you’re creating the illusion of a struggling baitfish. But a few times over the years, when the fishing was particularly tough despite the dozens of bass blowing up around the boat, having that little blade on the back of a 1/4-ounce Trap made a big difference.

You can easily replace the back hook on a 1/4-ounce Trap with a swivel and a size 1 or 2 willow leaf blade and accomplish the same thing. Or, I’ve even considered swapping both hooks out with the VMC Bladed Hybrid Treble hooks. I haven’t had the chance to try that yet but can’t imagine it not working. And it would give you two hooks instead of one compared to the original setup.