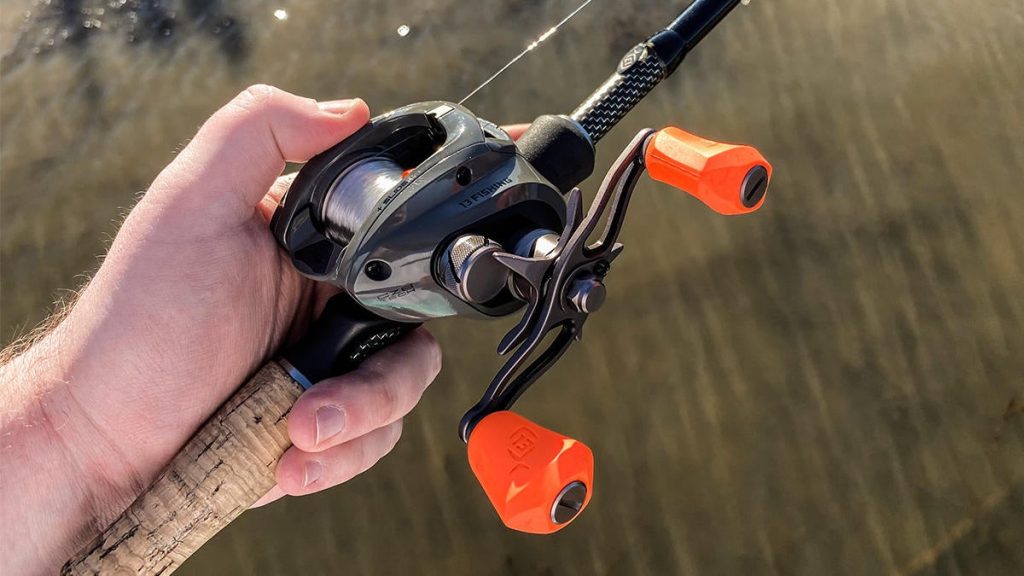 Weighing in at a mere 6.7 ounces, I immediately noticed the weightlessness of the 13 Fishing Concept Z Slide. The frame is actually made from a proprietary Cast Iron Carbon material that’s said to be totally anti-corrosion as well.

The problem with a lot of lightweight reels, in my opinion, is that they almost feel flimsy in your hands. A lot of companies are going all-in on the whole lightweight movement these days, but I’m also finding more and more problems with them breaking and operating poorly. I think a reel has to have a little meat on its bones to stand up to the abuse anglers give them.

So far, this reel feels super solid in my hands. It doesn’t have any weird flex to it when it’s under a load, either. I think 13 Fishing found a great balance between weightlessness and durability with the Concept Z Slide.