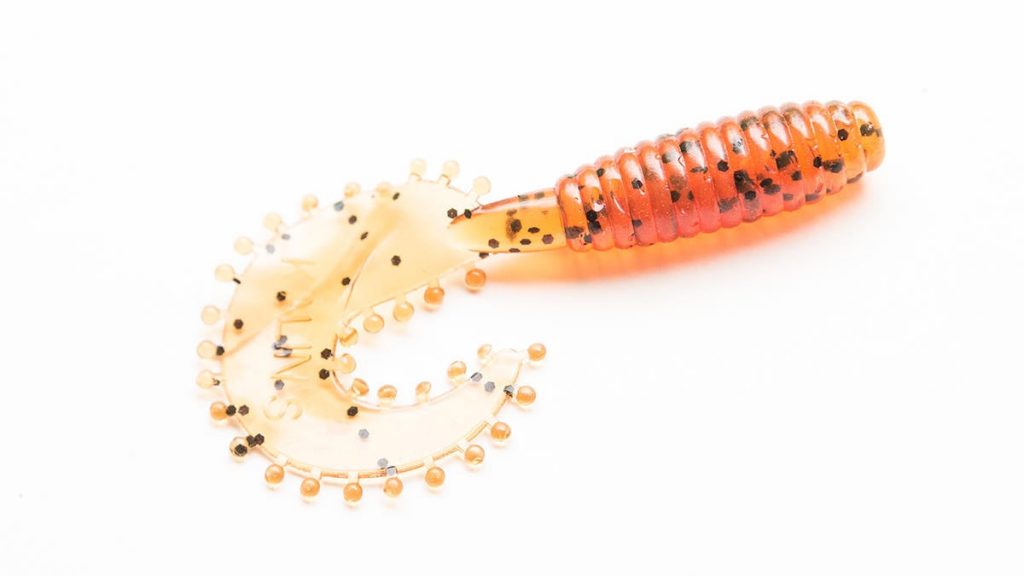 During the 1980s, a goodly number of the pioneers of Midwest finesse fishing became infatuated with the Lunker Grub, which was the creation of the late and great Al Kalin of Brawley, California.

Kalin died on April 20, but the company that bears his name is still manufacturing soft-plastic baits that cater to the tactics that Midwest finesse anglers employ.

In 2007, Kalin sold his company to Acme Tackle Company of Fort Atkinson, Wisconsin, and in 2019, they created the 3- and 5-inch Tickle Grub.

We exchanged emails and a few telephone conversations with Matt Bichanich, who is the vice president of sales for Acme Tackle, about the Tickle Grub. And he provided us with some samples of them for us to work with and thoroughly examine in order to publish a gear guide about them.

We opted to focus on the 3-inch model, and here is what we discovered about it.

Its head is round and slightly more than 1/16-inch long. It has a diameter of a 1/4-inch and a circumference of 7/8-inch. Its tip is flat with a slight indentation, which is where a Midwest finesse angler will insert the hook and bait keeper of a jig.

The entire torso, including the head, is 1 5/8 inches long.

Its radically curled tail is thin and flat, exhibiting a thinness of less than 1/16-inch.

It is not impregnated with salt nor scent. It is buoyant, which is an asset in the eyes of Midwest finesse anglers.