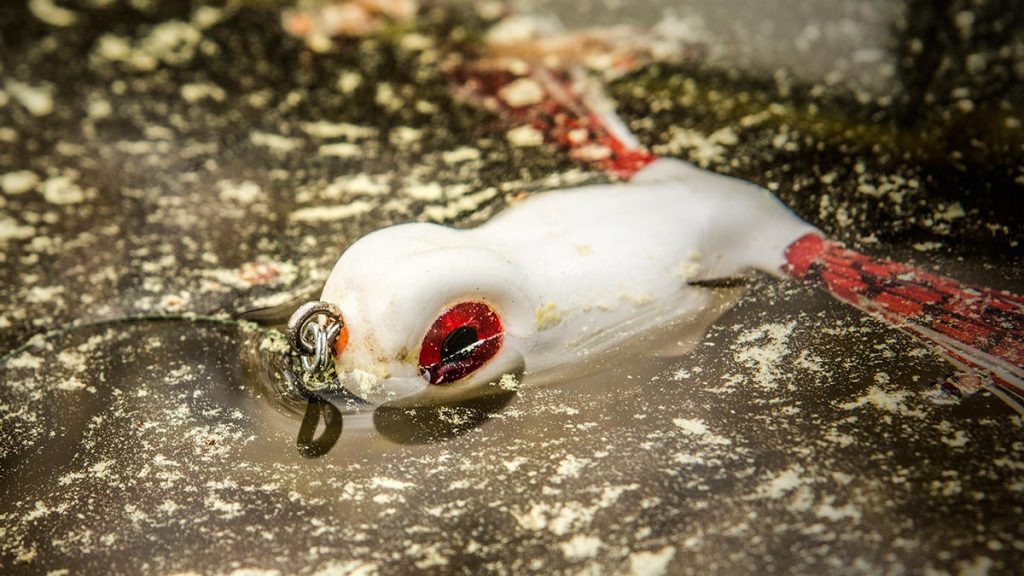 I haven’t fished this brand very often, so I went into testing the Scum Frog Small Dog fairly blind and with no preconceived notions. I was expecting a pretty stereotypical action and posture in the water but was quickly surpised.

This frog has a very vertical stance to it when it’s sitting on the surface; it doesn’t sit horizontal like the large majority of frogs out there. As you twitch your rod tip, this unique stance makes the nose bob up and down. If you’ve ever seen a real frog swim in the water before, this is almost a dead-on representation of that movement. It looks incredibly lifelike throughout the retrieve.

Most importantly, in my opinion, is that this unique bobbing action gives this frog an entirely different look than the frogs most other guys are throwing around here. I’m a huge believer in doing things differently than others and this has given the local bass something totally new to look at.

Whenever I find a new bait like this, I can kind of tell if the fish have seen it or not by the verocity of the strikes. Remember when the Whopper Plopper first came out? The dang bass were hitting it like Free Willy jumping over those rocks. It has been the same way with the Small Dog so far. The bites are insane so don’t let its small stature fool you.