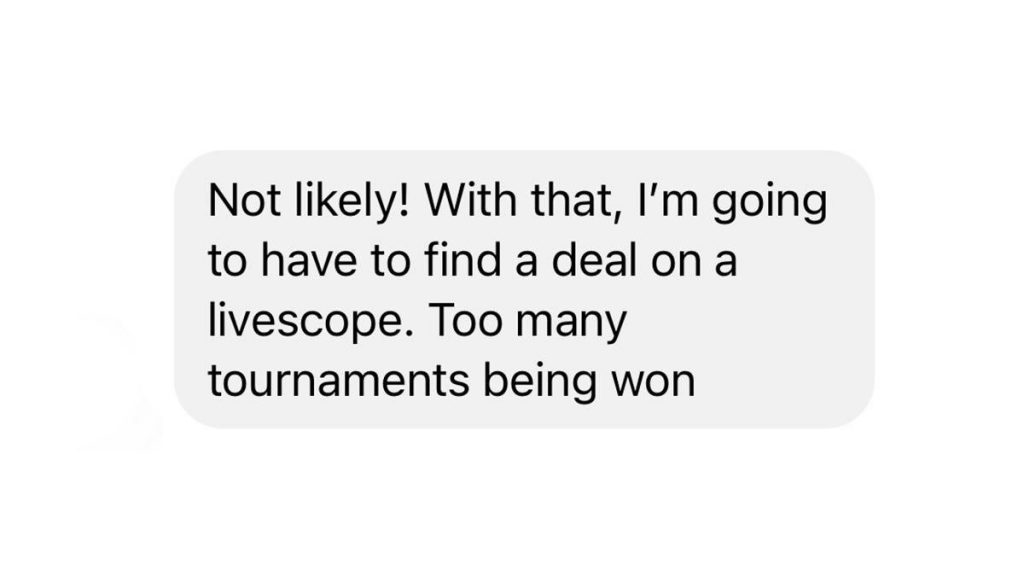 After Walters won, I told my wife on Sunday night that the sheer dominance of his win will be the moment that finally convinces the Average Joe to save up and invest in similar technology.

Sure enough, within an hour, I had several buddies DM me on Facebook or text me saying some version of, “That’s it. I have to upgrade my graphs. I’ve been putting it off but I can’t get left behind.”

Some of the more old-school anglers gripe about the huge technological advancements that have been made recently in bass fishing but whether you like it or not, it’s here to stay. Now you have folks who legitimately feel like if they’re not using certain technologies, they’re going to get beat by it every tournament. Lots of anglers were undecided about upgrading their units, but man, a nearly 30-pound victory on the Elite Series can change minds in a hurry.