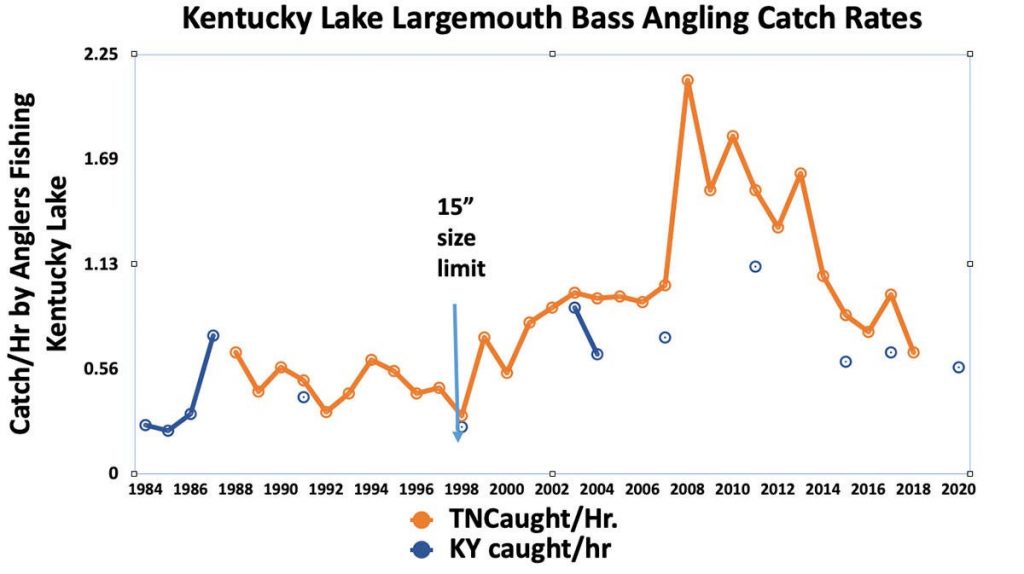 When fisheries start to decline, one of the first natural impulse reactions is to blame people catching and killing too many fish as a reason for the decline. In the 80s and before, people caught bass, kept them and ate them. But Catch and Release initiatives became mainstay in the late 80s and early 90s and over-harvest on Kentucky Lake became a non issue to the population.

“We’ve been cruising at about 2 percent harvest rate since the turn of the century because catch and release is so big now,” Martin said. “In the 80s, people caught bass and ate them. That’s not the case as much anymore. So we believe over-harvest is no longer an issue that affects our bass populations at Kentucky Lake. In fact, on a national scale, the reality is that for most lakes, particularly smaller lakes, underharvest is much more likely to be a problem which hurts the fishery due to overabundance and reduced growth.”