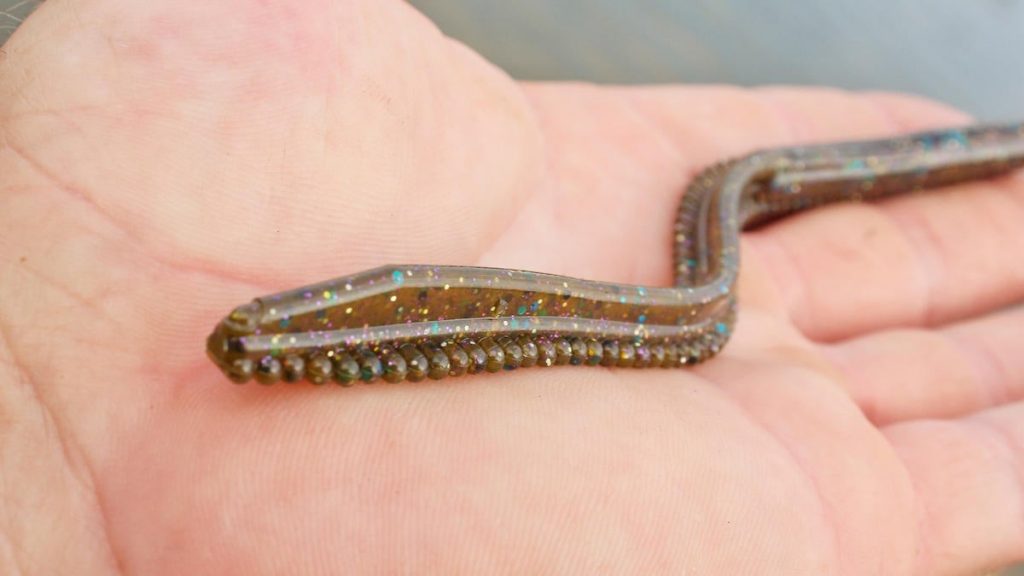 Again, the Flex Worm is a pretty uniquely designed worm, so kudos to NetBait on that. But sometimes baits are just different for different’s sake, and that doesn’t mean much. That’s definitely not the case with the Flex Worm, though. The design generates the desired outcome of a more flexible worm and their attention to detail in making sure there was enough plastic to hide the hook was a nice catch, ensuring that making the bait more flexible didn’t simultaneously make it less effective.

All in all, it’s a solid worm ready to be used for multiple techniques and stored in the meantime in clam shell packaging that ensures these worms will look just the way they did when you bought them. And at $4.29, that’s a whole lot for not much at all. It’s definitely worth giving them a shot in my book.

The NetBait Flex Worm is available at the following retailers: