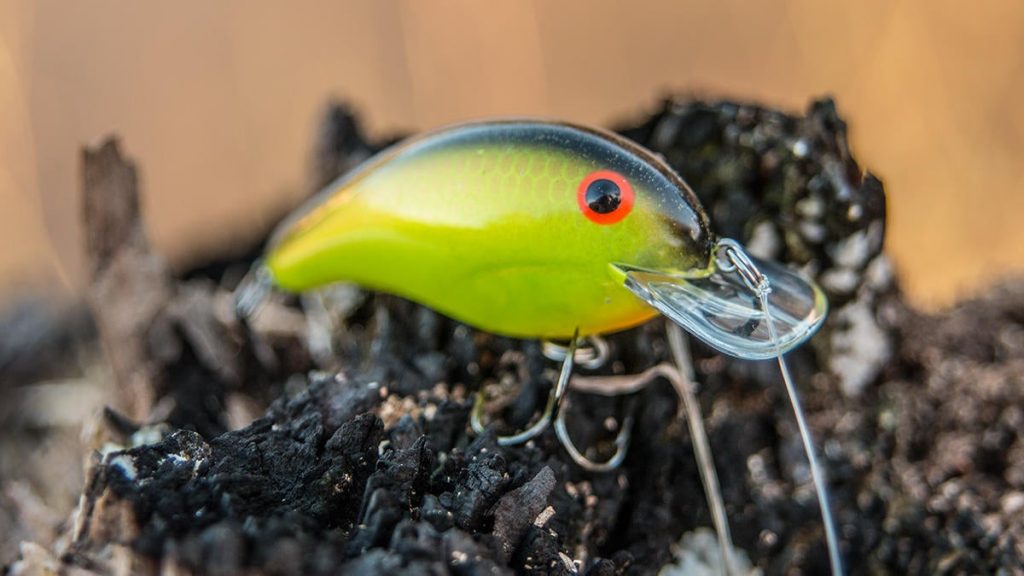 I fish shallow water the large majority of the year. My local lakes stay fairly muddy, so I’m able to target the 2 to 6-foot zone for about ten months per year. This has resulted in me testing nearly every shallow crankbait I can get my hands on. They’re my favorite lures and over many years, I’ve become fairly picky when it comes to my likes and dislikes with shallow-water plugs.

I’ve always considered the Bandit 100 Series a staple in my boat. I’ve caught some of my biggest crankbait bass with this crankbait and I believe there are several things that make it special.

First things first, I really like its simplicity. That may sound silly to some, but there’s nothing gimmicky about this lure. No outrageous claims or features; it just catches a bunch of bass. You don’t have to take it out of the box the night before you fish and obsess over tweaking it or jazzing it up. Sometimes I’ll change the hooks if I’m fishing it on especially heavy line, but other than that, it’s ready to catch fish straight from the package.

You rarely have to tune this crankbait either, which in my opinion, is a large reason for its massive popularity. Lots of anglers think their crankbaits are broken when they swim out-of-line, but that’s often just a sign that it needs to be tuned. This happens frequently when you hit the lure repeatedly against docks, seawalls or riprap.

I call the Bandit 100 a workhorse because it can take just about any abuse you put it through. I’ve made some pretty horrible casts with it throughout the years and I can probably count the number of times I’ve had to take a set of pliers to the line tie. It’s also made of plastic and holds its paint exceptionally well, which is really nice.