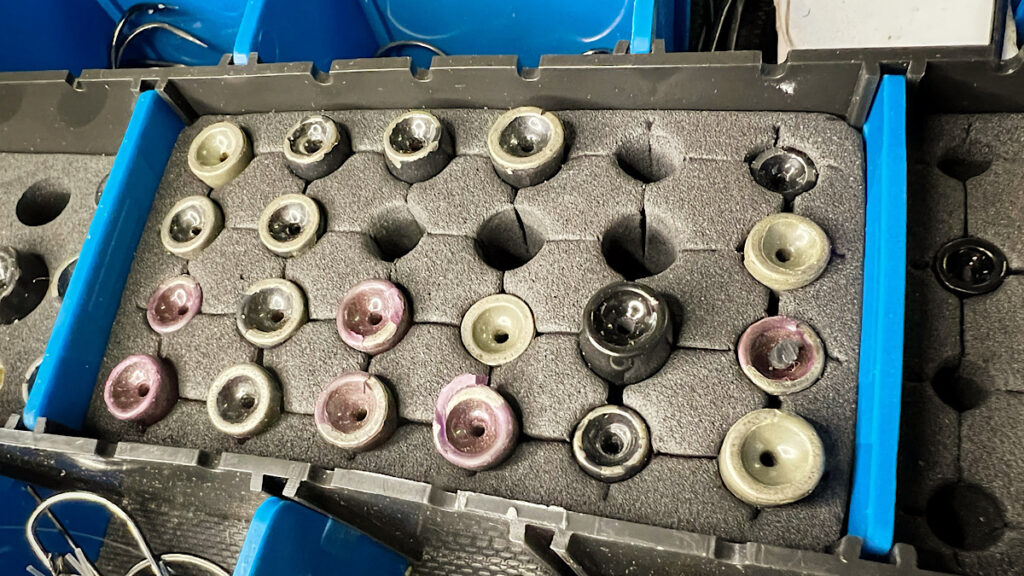 Whether you’re planning to reuse hooks, spinnerbait components or high-end tungsten weights, there’s a process to storing your previously used tackle. Rust, corrosion and other damage can occur with not only the terminal tackle you’re trying to salvage, but also all the new terminal tackle that’s already in your box. You must first and foremost ensure that the tackle is completely dry before you put it up. I like to leave these items out for a while before putting them back in the box if possible.

You can dry them with a rag or paper towel after a trip if there was rain present that wouldn’t allow for air drying the tackle. And it’s not even a bad idea with some terminal tackle to use a little oil to ensure rust and corrosion don’t creep in. If you’re afraid of the smell oil will leave on them, use oily fish scent in place of an oil like WD-40. You won’t need much, but a quick spray or a drop or two will help keep rust at bay. There are also products like Bull Frog Anti-Rust Emitter Shields and Flambeau’s extensive lineup of Zerust products specifically designed to help combat rust. But even with these preventatives in place, don’t just throw a wet hook right back in the box.

As for painted terminal tackle like jigheads and tungsten weights, it’s a good idea to store them in a way where they can’t make contact with one another. You can do this several different ways: keep the original packaging handy, use foam to separate the terminal tackle or you can even wrap the weights in plastic or bubble wrap to keep them from banging into each other. This may seem a bit excessive, but if you spend 15 bucks on a 2 1/2-ounce painted tungsten punching weight that you’ll only need a few times a year, you don’t want to go looking for it a few months later and see a beat, battered and chipped up paint job.