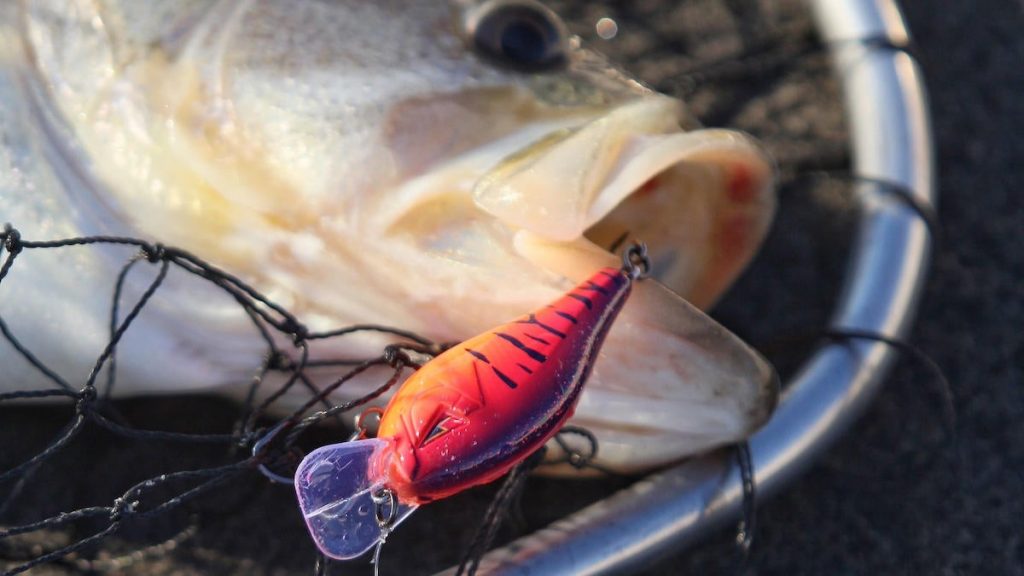 For starters, the Ark CT35 Squarebill Crankbait passed one test with flying colors. I really like Mustad Triple Grips, which the CT35 comes with, or a similar style hook on lipless crankbaits and squarebills. The inward-facing point does a fantastic job of locking into a fish and rarely letting go without the needle nose pliers becoming involved. They also don’t seem to hang as much cover as round bend hooks. But there’s another thing I think these hooks do, which is why I like them for these two baits in particular.

I think hooks built this way with the hook point turned in a bit allow the fish to get the bait better. By that I mean the fish are able to inhale the whole bait without the hooks being as likely to hook them on the way in. With round bend hooks, there’s more of a chance of one of those hook points going into the fish before the hookset. Though that does still happen sometimes with Triple Grips and other similar hooks.

The fish aren’t always going to try to swallow the bait and instead just swipe at it and get foul hooked or hooked in the lip at times. But, in my experience, more often than with round bend hooks, fish do get an entire squarebill or lipless crank into their mouth more with Triple Grips and that makes them far less likely to throw the bait on the fight where they would have otherwise had a good bit of leverage with the bait outside their mouths.