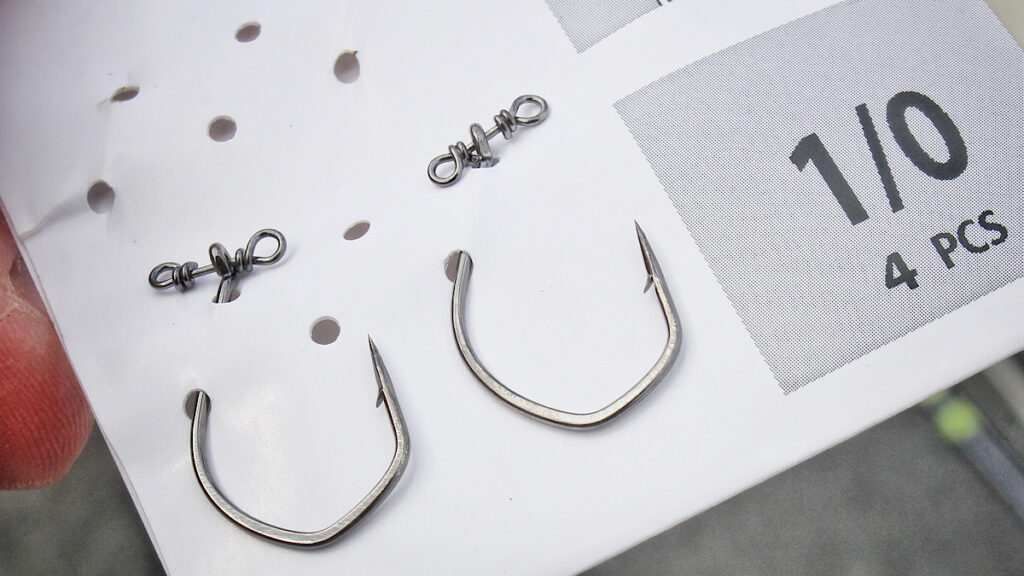 The hook VMC paired with the swivel to create the Spin Shot is a solid one—strong and sturdy with a super sharp point and a large gap, comparative to its overall size. This larger gap gives the hook plenty of bite to latch into the fish while still allowing you to go with a much smaller and less noticeable size than even the 1/0 I tested out for this review. I also really like the pronounced V in the bend of the hook. This is probably intended, in part, to help the hook lock into the fish. But it also does a good job of holding the bait in position.

This hook is meant for nose-hooking baits. The intent is to run this hook through only a very small portion of the bait at the nose. This allows for the rest of the bait to have a super realistic, free flowing look to it, not encumbered by a longer hook running down the body of it like it would if it were Texas rigged. You can also rig this bait fairly wheedles by nose-hooking the bait right on the point and leaving it covering the point. Either way, you’ll want to be sure to let the fish get the bait well before setting the hook. Reason being, rigging a drop shot this way can lead to some short strikes and early snatches, which I learned the hard way myself when trying a hook like this out for the first time.